Los Angeles Kings vs Seattle Kraken: The Kings beat the Krakens for the second time in a row 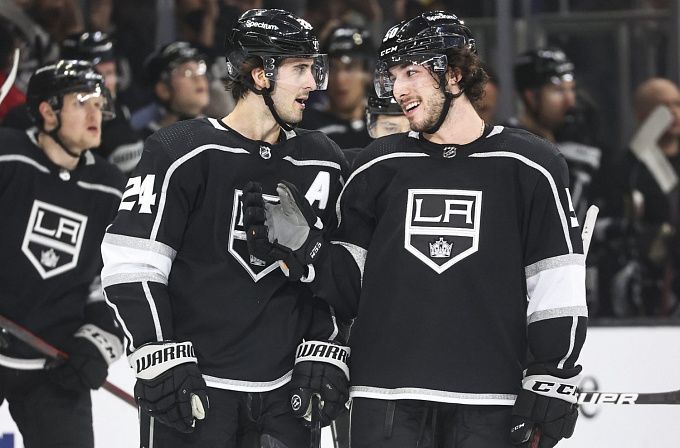 Prediction for the NHL Los Angeles Kings vs Seattle Kraken match, which will take place on March 29. Check the team conditions and choose several betting options.

Los Angeles can still fight for the top spot in the Pacific Division standings. At the end of 67 games, they have 81 points, seven points less than league leaders Calgary. The key now is for the Kings to stop neglecting points, as they did in games against Chicago and Vegas. In their last game, the Kings played against Seattle and had no trouble scoring two points (4:2).

Seattle is just finishing out the season, as Vegas, who is in the play-off spot in the Pacific Division table, is 30 points behind. However, the Krakens have picked up three victories in their last five games over Montreal, Detroit and Arizona. The Kraken aren't exactly shining on the road. In the past ten away games, they have eight losses and two wins, with a total score of 25:37.

Just a couple of days ago, the opponents met and Los Angeles proved stronger. The Kings will also play in front of their own stands, against a similar underdog, so we don't think the home team will neglect the points and lose to such a lowly opponent. We suggest not to make anything up and play for a clean win for the first team. Prediction: Los Angeles win.