Minnesota Wild vs Columbus Blue Jackets: The Wild will take revenge for their recent defeat 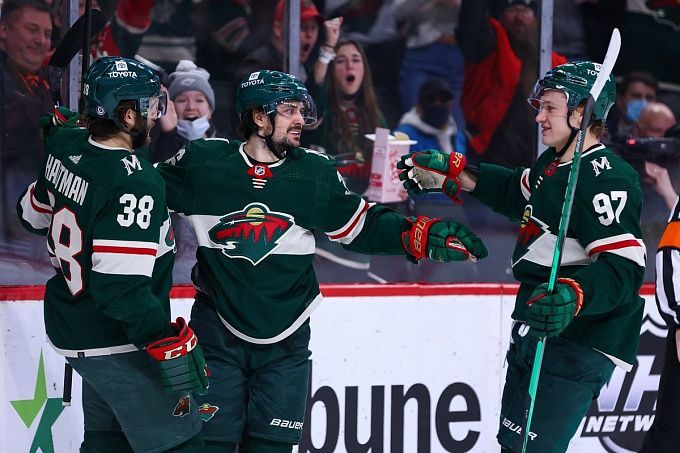 Prediction for the NHL Minnesota Wild vs Columbus Blue Jackets: match, which will take place on March 27. Check the team conditions and choose several betting options.

The Wild lost almost everything from February 17 to March 14. Now they're back on a winning streak. The Wild approached Columbus with a streak of four straight wins over Boston, Chicago, Vegas and Vancouver. Kirill Kaprizov and team are in 3rd place in the Western Conference standings. The Russian forward himself already has 33 goals and 45 assists. Kirill is 9th in the scoring race of the season.

The game against Minnesota will be the Blue Jackets' third straight away game. Brad Larsen's team lost the first two. First, the team lost 1:5 to Pittsburgh and then lost 3:4 to Winnipeg. Overall, Columbus has been playing very well in the second half of the season and over the last 20 games they are in 8th place in the Eastern Conference.

Minnesota is likely to pick up its fifth win in a row. Columbus has a back-to-back after a tough game against Winnipeg. In addition, the Wild are highly motivated because of an away loss to the Blue Jackets on March 12. Prediction: Minnesota will be closer to victory in a result-oriented game.