Minnesota Wild vs St. Louis Blues: Will the Wild get revenge for their regular-season defeats? 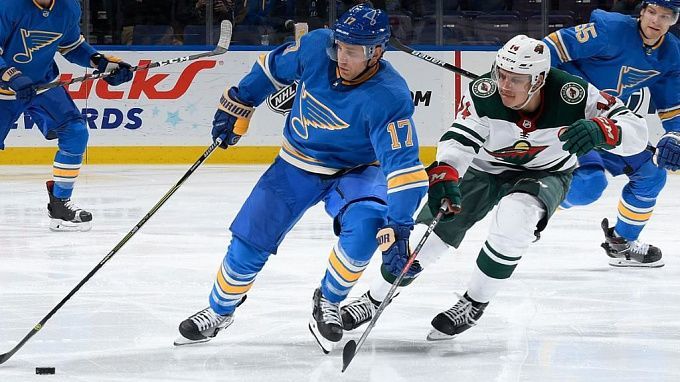 Prediction for the NHL Minnesota Wild vs St. Louis Blues match, which will take place on May 3. Check the team conditions and choose several betting options.

The team made the playoffs for the second year in a row. Last season, the Wild lost in the first round to Vegas in seven games. So Minnesota's second-round exit could be considered a success in the new competition.

Compared to the last championship, the Wild have become stronger. First of all, Kirill Kaprizov, who seems to have finally settled in as the organization's top star, has improved. At the end of the regular season, the Russian has 108 points on a 47+61 goal+pass system. He took fifth place in the scoring race. Second, Minnesota's primary goalie is now Marc-Andre Fleury. Fleury, signed by the Wild in the championship course, managed to play 11 games for his new team, 9 of which were victories.

Three years ago, St Louis won the Stanley Cup, finishing last in the conference in December. Things are very different for the Blues now, but the championship experience hasn't gone anywhere. At crucial moments in games and series, the psychological factor can play a role. Moreover, quite a few players left on the St. Louis roster, including goaltender Jordan Binnington and Russians Vladimir Tarasenko, and Ivan Barbashev.

The first match of a series is not as great a value as, for example, the second match. In the opening game, the opponents figure out how to handle each other throughout the confrontation.

Although St Louis has the edge in head-to-head encounters in this regular season, we'll leave the betting on the outcome to the second game.