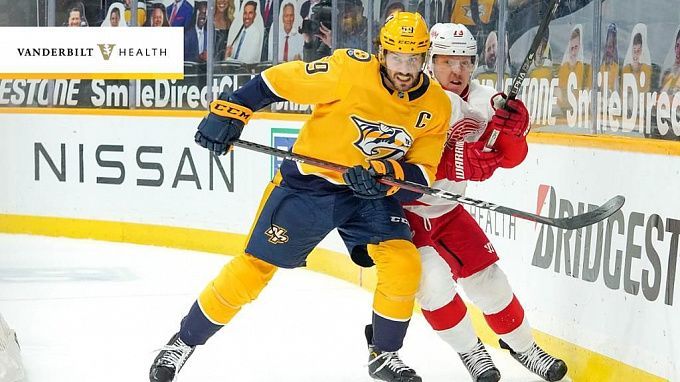 Prediction for the NHL Nashville Predators vs Detroit Red Wings match, which will take place on January 23. Check the team conditions and choose several betting options.

Nobody would have expected John Hines' team to make it through the first half of the season in such a blistering fashion. However, in reality, the Predators are approaching their matchup with Detroit in 3rd place in the entire Western Conference. Nashville has had 25 wins in 42 games since the start of the championship.

The meeting with Detroit will be the third in a row for Nashville. The Predators started the home series with a 1:3 loss to Vancouver, followed by a 5:2 victory over Winnipeg.

The Red Wings could hardly be expected to fight for the playoffs this season. However, Jeff Blashill's team is putting up a real fight for the Stanley Cup. Detroit is 9th in the East, six points behind eighth-place Boston.

The matchup with Nashville is the second part of a back-to-back for Detroit. In the first game, the Red Wings lost on home ice to Dallas, 4:5 in overtime.

Nashville has been a little worse at home this season, but John Hines' team should be able to handle Detroit with confidence. The Wings had a very energy-consuming game against Dallas and are unlikely to pull off a tough matchup for the second straight night.

Prediction: Nashville will be closer to victory.