New Jersey Devils vs Montreal Canadiens: Devils will win in a productive game 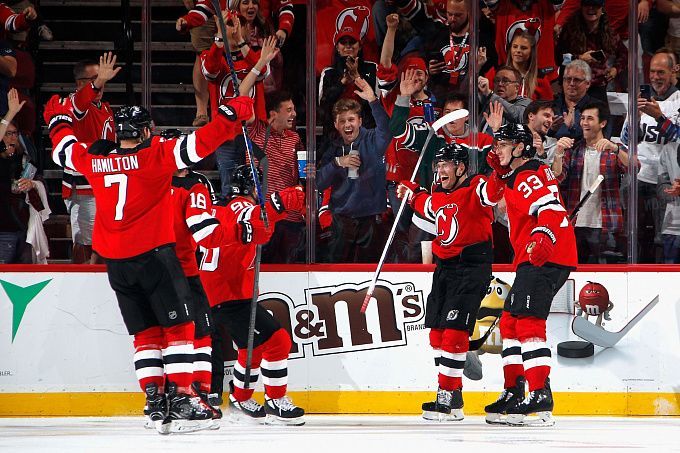 Prediction for the NHL New Jersey Devils vs Montreal Canadiens match, which will take place on March 28. Check the team conditions and choose several betting options.

New Jersey is having another weak regular season. They only picked up two points in their last six games, defeating the Rangers unexpectedly 7:4. In the remaining five games, they lost, each time in regulation time. Clearly the Red and Black need a few more years to build their stature and become a playoff contender, but for now they're sitting in 15th place in the Eastern Conference standings.

Montreal is the biggest disappointment of the current regular season. Less than a year ago, they battled Tampa Bay in the Stanley Cup final, and now they have to be the league's main outsider. The change of head coach has led to a little progress. Under the guidance of Martin St. Louis, the Red and White even produced a 5-match winning streak. In the last nine games, Montreal could win only three times and failed on six occasions.

New Jersey and Montreal are the two worst teams in the Eastern Conference at the moment, as they occupy the last two places in the standings. The Devils are slightly higher in this pairing, looking better over the distance, but they also have far fewer personnel problems than the Canadiens. The outcome of the first head-to-head game this season was 7:1, which suggests a bet on New Jersey's win for 1.87.

New Jersey and Montreal have been quite productive of late. In their previous four head-to-head encounters, the opponents combined for 34 goals (8.50 goals per game average). Now the two teams are sitting in the bottom of the Eastern Conference standings, so there's little to stop them from playing effectively again. In addition, most of their recent games have been a total over. With that in mind, we suggest betting on a total over 6.5 for 1.90.

Jack Hughes continues to settle into his role as New Jersey's leader. In 45 games played, the 20-year-old American has already scored 52 points (22 goals + 30 assists). He is now the Devils' second-leading scorer, while also missing several games because of injuries. Obviously, the hockey player is in good shape, so it is worth looking at a bet on Jack Hughes Total Over 0.5 for 2.5.