New York Islanders vs Washington Capitals: Will the Capitals take revenge for their recent loss? 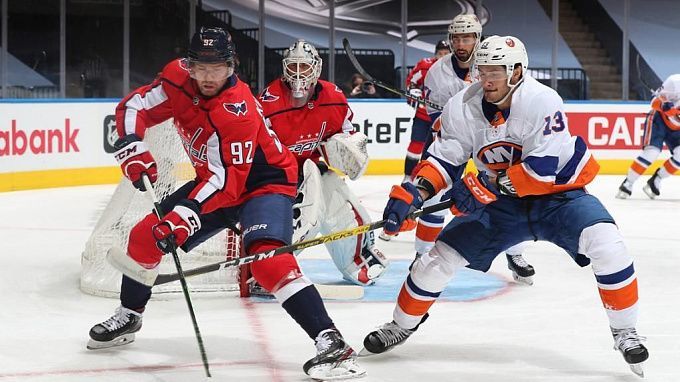 Prediction for the NHL New York Islanders vs Washington Capitals match, which will take place on April 29. Check the team conditions and choose several betting options.

Before the 2021/22 championship, the team was seen as almost the favorites for the season. However, the Islanders had a rough first half of the tournament, and no matter how hard they tried to catch up in the second half, they remained out of the playoff zone. For their game against Washington, the Islanders sit in ninth place in the Eastern Conference, 18 points out of the top eight.

The Capitals would beat Pittsburgh in the East standings if they won the upcoming game, avoiding a first-round playoff meeting with Florida. It's unlikely, however, that Washington needs to achieve this by any means. It's about Alexander Ovechkin's injury. The Capitals captain missed his team's previous game. His participation in the away game with the Islanders is questionable, and, most likely, he won't play.

The upcoming meeting has no tournament significance. Washington can still move up from the eighth spot in the conference to the seventh before the playoffs begin, but it's unlikely to matter much to the Capitals.

Despite not making the playoffs, the Islanders remain one of the league's strongest defenses. It would be challenging for Washington to overcome the Islanders without Alexander Ovechkin and proper tournament motivation. At the same time, the Islanders themselves are as good defensively as they are poor offensively.