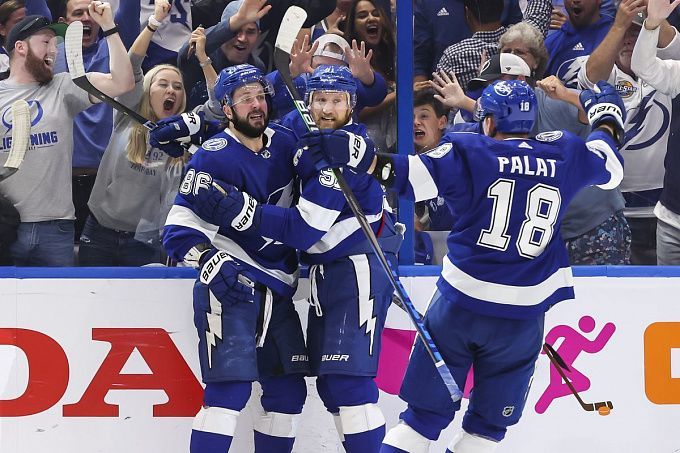 Prediction for the Rangers vs Tampa Bay in the fifth game of the Stanley Cup East Final on June 10. Let's look at the opponents' form. We'll suggest a few betting options at once!

The Rangers started the East final in a classy fashion. They managed to win both their home games (6:2 and 3:2) and took a 2:0 lead in the series. Moreover, they were close to winning the third game but conceded a goal in the last minute (2:3). After that defeat, the Rangers suffered another, less dramatic loss (1:4).

It was hard to assume that Tampa Bay would lose the first two games of this series. And if the Lightning could not pull out the third game with a last-minute goal, things would be highly disappointing for them. But Tampa Bay managed to win two games in a row and level the series, and the psychological advantage is now clearly on their side.

We won't risk picking a favorite in the upcoming encounter. The teams are one step away from the Stanley Cup final, with the series score at 2-2. Therefore, we expect highly cautious hockey, where there will be minimal risks.

We suggest you don't make anything up and bet on the regular total under. The opponents have scored more than five goals in only one of the four games in the series (the first). We suggest betting on the standard total under (5.5).