Ottawa Senators vs Buffalo Sabres: The Senators will be stronger 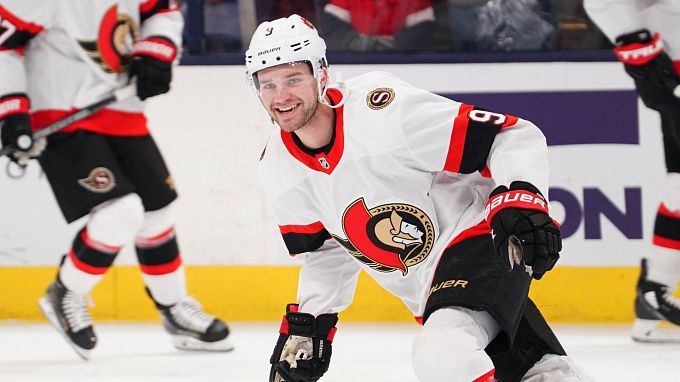 Prediction for the NHL Ottawa Senators vs Buffalo Sabres match, which will take place on January 26. Check the team conditions and choose several betting options.

Ottawa played very well in the last game and managed to beat the stronger Columbus team with a score of 2:1 on the road. However, the Senators had suffered three straight defeats: 1:3 against Buffalo, 4:6 against Pittsburgh and 2:3 in overtime against Washington.

The Senators are in an inferior position in the Atlantic Division standings. They need 23 points to make the playoffs.

In their last five games, the Sabres were able to add five points, beating Ottawa and Philadelphia (3:6) and losing to Detroit in overtime (2:3). Buffalo suffered losses in regulation time to Detroit (0:4) and Dallas (4:5) in the other two games. As for the Sabres' position in the Atlantic Division table is in sixth place with 33 points. They are 17 points behind the top 4.

Most recently, the Senators lost in their arena to the Sabres. It's time for revenge. Ottawa will be focused on winning the game. Buffalo has some serious staffing problems right now as many as nine hockey players will not participate in this matchup (two are also questionable). In general, we suggest playing for a clean win of the hosts for good odds. Prediction: Ottawa will win.