Pittsburgh vs Rangers: the Blues to Win Finally in Pennsylvania 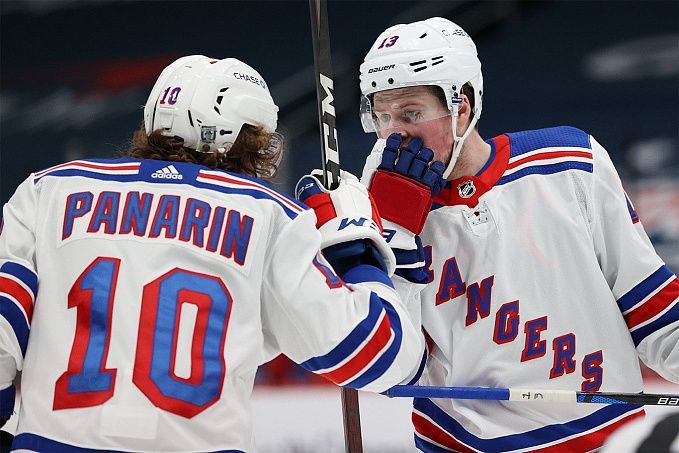 The Rangers have not been able to beat Pittsburgh in Pennsylvania in four straight head-to-head meetings. Will Gerard Gallant's team end that streak now? Check the teams’ conditions and expert betting tips. Several betting options are available!

Pittsburgh has been very unsteady this season. Things started badly for the Penguins, as they lacked vital players due to injuries. As soon as they returned, the squad managed to get back on track, winning 17 of 19 games, which allowed them to leave the outsiders group and climb up the leaderboard. After that, the Pennsylvanians slowed down a little bit, but they were steadily scoring until the second half of February. In the last three games, Mike Sullivan's wards could not earn a single point, and losses from Carolina and Toronto were understandable. However, the defeat by New Jersey was shocking - 1:6. Pittsburgh is now only sixth in the Eastern Conference standings.

The Rangers had made significant progress compared to last season when they failed to make the playoffs. The New York club has avoided major upsets while frequently going on a winning streak. The Blues are tied for the last six meetings, having won five times and lost by one point to Detroit in a shootout, 2:3. Gerard Gallant finally fixed the club's defense, which looks surprisingly solid, and the goaltending squad can be praised to no end. All that allows the Rangers to occupy fourth place in the Eastern Conference standings, five points behind the leader.

Pittsburgh has been playing impressively against the Rangers, but the Blues have an excellent opportunity to improve their head-to-head stats in the upcoming matchup. The thing is that the Penguins now have serious playing problems, due to which they cannot gain points in three games. New York club is doing quite well as they have not left the ice in six contests without a point, winning five times. As a result, we have to bet on the Rangers to win.

The rivalry between Pittsburgh and NY lately turns out productive. In the previous four encounters, the opponents scored 31 pucks (7.75 average per game). Both teams are also quite efficient in the offense: the Penguins have scored 174 goals in 53 games (3.28 average), and the Blues have 155 pucks in 51 games (3.04 average). Based on that, we would expect the total to be over 5.5.

Alexis Lafreniere was the number one pick in the NHL Draft before last, but he has yet to show his full potential. He played in 105 games with the Rangers and scored a mere 36 points (23 goals + 13 assists). Nevertheless, Gerard Gallant sent him to the first lineup, where he scored once and assisted the day before. In this situation, it is worth looking at a bet on the total over 0.5 by Alexis Lafreniere.