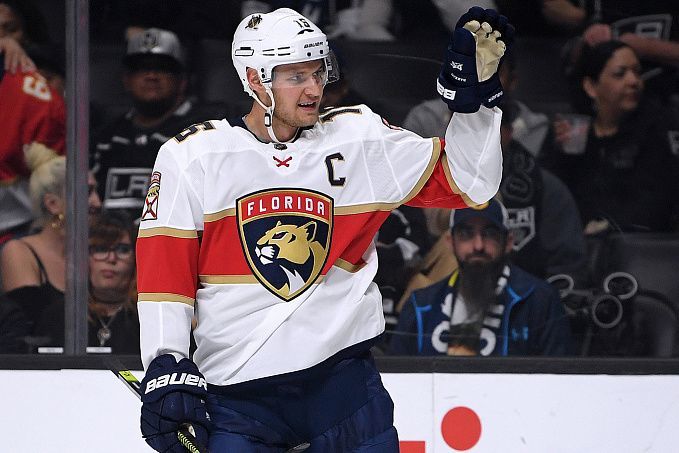 Last season, Florida lost to Tampa Bay in the first round of the playoffs, 2:4. Will Andrew Brunette's team prevent another blowout by the Lightning?

Florida is a team that has been around for almost three decades but only made it past the first round of the playoffs once, in 1995/96, lost to Colorado in the finals, 0:4. After years of failures, the Panthers once again assembled a potent lineup that has every reason to expect to meet significant challenges. Last year they were about to beat Tampa Bay in the playoffs, but they blew the decisive moment.

Now there is an opportunity for Florida to finish what it did the year before. Andrew Brunnette's team had a tremendous regular season, setting numerous records and eventually winning the President's Trophy. In the first round, the Panthers took on Washington: in the four meetings of the series, it was an even and persistent struggle, but then the Southerners took two decisive steps, winning the confrontation - 4:2.

Tampa Bay has won the Stanley Cup the past two seasons, but repeating that success now will be problematic. The Lightning lost several players to fit within the salary cap. Instead of experienced fighters, they had to draft talented youngsters who performed well in the regular season but now will have a much tougher test.

After the regular season Tampa Bay finished only fifth in the Eastern Conference standings, so already in the first round of the playoffs they had to play against Toronto. For a long time, the opponents preformed equally, winning one by one. In the seventh meeting John Cooper's wards still managed to make a decisive breakthrough, winning the most important victory - 2:1 and whole confrontation - 4:3.

We might see bright, beautiful, attacking, and productive hockey. In last year's playoff series, when the Panthers were far from their former power, the opponents combined to score 41 pucks in six games (6.83 average per game). Now Andrew Brunnette has an even more varied and creative offense, and the Lightning always plays openly. In the last two meetings, the opponents exchanged victories, 9:3 and 8:4. As a result, the best option seems to be a total over 38.5.

There are many amazing things in nature, but the majority realization in the playoffs by Florida is something beyond reality. Against Washington, Andrew Brunnett's team scored 20 goals but did not convert a power play once (!), becoming the only team like this in the first round. At some point, such a powerhouse offense should definitely crack once. The series with Tampa Bay is the best time for that. On this basis, it is worth looking at a total over 9.5.