Seattle vs Colorado: the Krakens Stand No Chance 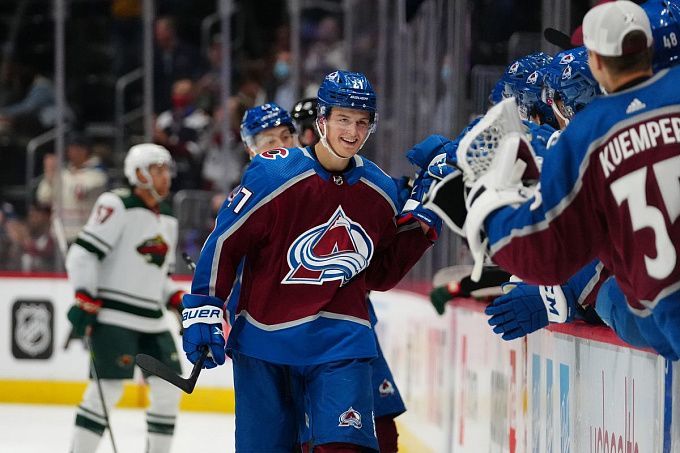 Prediction for the NHL Seattle vs Colorado match, which will take place on April 21 at 05:00. Who will be stronger? Check the teams’ conditions and expert betting tips. Several betting options are available!

Seattle certainly isn't the worst team in the NHL, but they are an outsider squad. After 75 games, the Krakens have only 56 points being in the penultimate position in the Western Conference and last in the Pacific. It should be noted that Seattle comes to the matchup with Colorado after two victories - over New Jersey and Ottawa.

Colorado is currently the best team in the regular season. Through 76 games, the Avalanche have managed to earn 116 points, two more than first Florida in the Eastern Conference. Definitely, the Avalanche will not stop there and will try to earn the maximum number of points. In the last match due to the defeat by Washington (2:3), Colorado's nine-game winning streak was interrupted.

Let's face it, Seattle completely blew this regular season. Already at the half it was clear that the team would not fight for the playoffs. Colorado is now competing with Florida in terms of points, and so far the Avalanche are in the lead. We do not think that they will make a mistake against the outsider.

In our opinion, the game will be a one-sided match. Seattle showed themselves well in the last five-match stretch, but still they played with the same outsiders. Colorado doesn't care about their opponent's status at all. If we do not take into account the matchup with Washington, the Avalanche are giving 100% in every game. It does not matter whether they play against New Jersey or Carolina. In general, let's bet on a win of the visiting team and add four pucks.