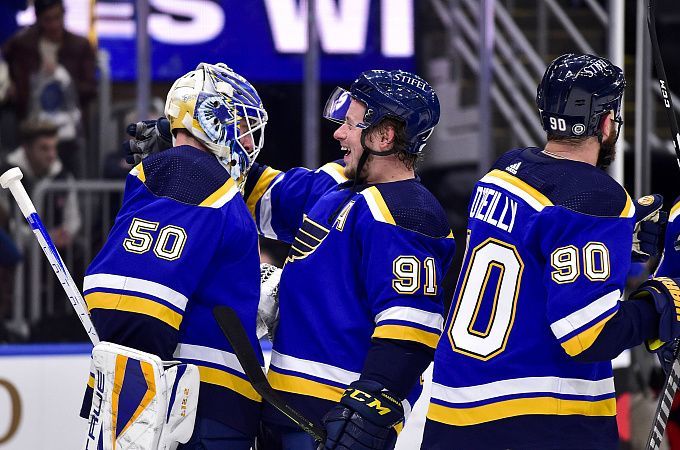 Prediction for the NHL St. Louis Blues vs Toronto Maple Leafs match, which will take place on January 16 at 03:00. Check the teams’ conditions and expert betting tips. Several betting options are available!

After an away loss to Pittsburgh (3:5), St. Louis began their home winning streak. So far, it has been excellent - three wins in three games. First, the Bluesmen beat Washington (5:1), then Dallas (2:1) and in the last match, Seattle also with a score of 2:1. St. Louis occupies second place in the Central Division standings with 49 points, only one game behind leading Nashville, which has played one more game.

Toronto, in its turn, broke their streak of four straight wins on January 9 by losing to Colorado in overtime (4:5). Then the Maple Leafs managed to beat Vegas (4:3) in a shootout, but on January 13, they sensationally lost to Arizona with the score of 1:2. As for Toronto's position in the Atlantic Division, standings is in third place with 49 points.

St. Louis has won three home games in a row and is doing well. Toronto's road defeat from Arizona could easily throw them off their game. In addition, the home team lost only five of their 20 games this season. That's pretty impressive. We think they will be stronger this time, but as a backup bet, we'll take their non-loss in regulation time. Prediction: St. Louis will not lose.