St. Louis vs Vancouver: the Bluesmen to Win in a Tense Battle 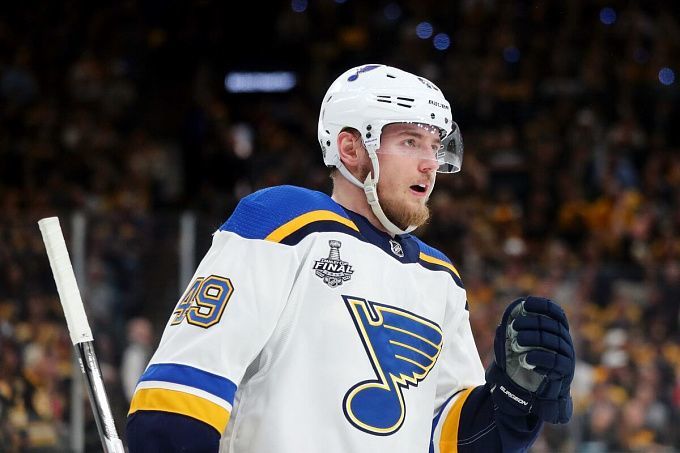 St. Louis beat Vancouver 3:1 in their first head-to-head encounter of the season. Will Bruce Boudreau's team get revenge? Our prediction: the Bluesmen will be closer to success again!

Most of the time St. Louis is doing well in the regular season, but quickly fails in the playoffs. Now, they were on a great run through and even claimed the lead for a while, but then suddenly a crisis struck. Craig Berube's squad played 12 games in March and had just three wins and nine losses, which is abysmal for such a first-rate, skilled squad. Fortunately, this poor stretch is the first for them this season, so they remain in the playoff zone, sitting in fifth place in the Western Conference standings.

This season has been very difficult for Vancouver. Everything started disastrously, so they had to fire the head coach and invite Bruce Boudreau. Under the new coach the Canadian team enjoyed a big turnover, approaching the playoff zone. Alas, the Blue and Greens could not maintain that momentum and suffered a slump. In their previous nine games they'd only managed to win three times and lose six. Such a modest result made Vancouver occupy tenth line in the Western Conference standings, but the gap from the Cup eight is not so large

St. Louis and Vancouver come into this head-to-head encounter in poor form. The hosts have won 3 out of the last 12 games, and the visiting team was stronger in 3 out of the previous 9 meetings. Nevertheless, the favorites for the upcoming game are the Notes who have a more powerful squad. It's time for Craig Berube's team to pull out of their crisis. This match is a good opportunity to do so.

St. Louis and Vancouver, though they are in a bad condition now, have a very decent defense. The statistics also attests to it: the Canucks conceded only 191 pucks (2.85 average per game), and the Bluesmen have 187 pucks in 64 games (2.92). Moreover, four goals were scored in the teams' only faceoff this season.

Ivan Barbashev is having the best season of his career. The Russian is in his fifth year with St. Louis. All the while he has played in a holding position, so his personal stats have been modest, but now he is among the leaders. He has 44 points (19 goals + 25 assists) in 63 games played, 18 more than his previous record.