Vegas Golden Knights vs Pittsburgh Penguins: the Penguins to Take Away Points from Nevada 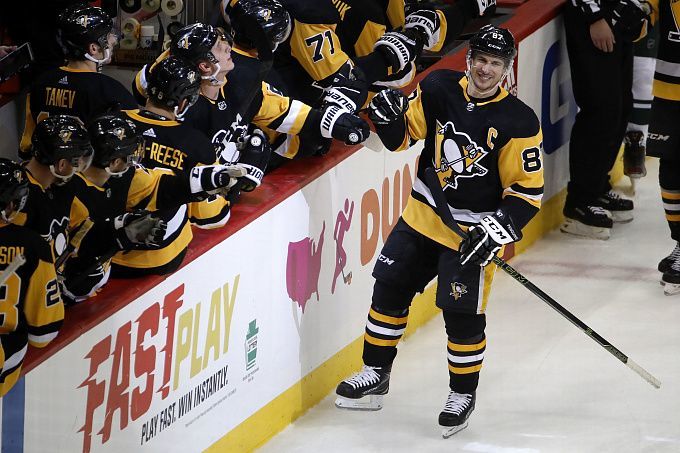 So far, Vegas and Pittsburgh have each scored three wins in their head-to-head encounters. Who will come out on top in the upcoming battle? Check the teams’ conditions and expert betting tips. Several betting options are available!

Vegas has yet another solid regular season, although there are still severe lineup issues. Jack Eichel has not debuted for the Knights. Alec Martinez and Max Pacioretty are still injured. Nevertheless, the Black and Gold continue to fight for points in every game, but lately, they began to run out of force, which is why they lost four times in the previous five meetings. Even though they lost twice in overtime, Vegas now occupies fourth place in the Western Conference standings, just three points behind the leader.

Pittsburgh is another team that has long suffered without leaders since Sidney Crosby and Evgeny Malkin had surgeries in the offseason. It is still difficult to expect success without them. Fortunately, the two key centre forwards returned already, so the results are uphill. In the last 14 meetings, Mike Sullivan’s charges had only two losses and 12 wins. The Penguins were especially impressive in California, where they always have a hard time, but they scored four out of a possible six points this time. Such an intense rush allowed the Pennsylvanian club to climb to seventh place in the Eastern Conference standings.

Vegas and Pittsburgh are two ambitious teams, but they differ in form. While the Knights encountered a slight slump, falling in four of their last five games, the Penguins continue to cling to points consistently, having won 12 of their previous 14 meetings. With the game in Nevada, Mike Sullivan’s team wraps up a tough five-game road trip in the West, so now they will try to do their best to finish it in a good mood. As a result, we bet on Pittsburgh to win the game.

Evan Rodrigues is having an insane regular season. His previous NHL personal best was 29 points (9 goals + 20 assists) in Buffalo’s 2018/19 season, where he played 74 games. Thirty-seven were enough to break that mark. The 28-year-old forward already has 30 points (15 goals + 15 assists) and has no plans to slow down, which is challenging when playing with Sidney Crosby in the same lineup. We would expect Evan Rodriguez to score more than 0.5 points with that in mind.

The rivalry between Vegas and Pittsburgh is historically very productive. In six head-to-head meetings, the opponents have 38 goals from both sides (6.33 average per game) that is high even in the NHL. Now we may expect many goals as the Knights had almost a week off before this battle, so with fresh vigour, they will rush in the offence. The 39 previous meetings scored 138 goals (3.54 average per game), and the Penguins shot 120 goals in 37 games (3.24 average per game). In this situation, it is worth looking at the bet on the total over (6).