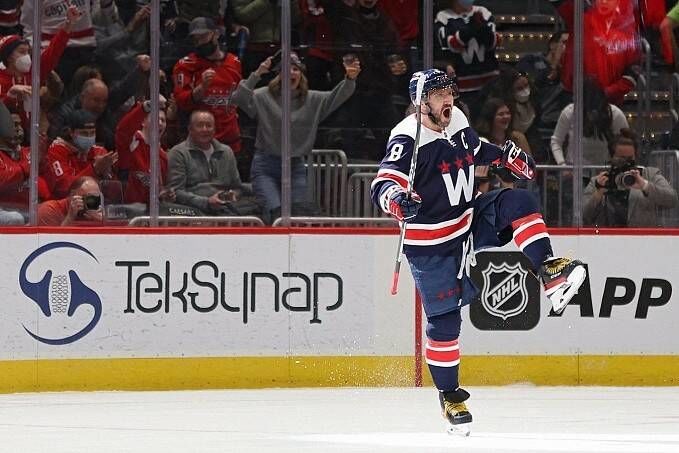 Washington defeated Winnipeg in the first head-to-head meeting of the season, 5:2. Will Dave Lowry’s team get revenge in the upcoming game? Check the teams’ conditions and expert betting tips. Several betting options are available!

Washington had a decent start to the regular season, and the Russian Kuznetsov-Ovechkin duo was imposing. However, lately, they’ve slowed down a bit, and the entire team has suffered one setback after another. The capitals’ troubles began with their first 2022 games. They managed to win only once in their six games, and even that came in a very tough battle with the Islanders - 2:0. In the remaining five games, Peter Laviolette’s wards lost exclusively. Such poor results dropped Washington to seventh place in the Eastern Conference standings, so it’s time to gain momentum not to fall out of the top eight in the Cup.

Winnipeg also looked good in the opening rounds of the regular season, but then they encountered one loss after another. So Paul Maurice was fired as head coach. Now Dave Lowry was entrusted with improving the situation. It’s hardly possible to say anything about the team’s current form, as they played only five games last month. In four of them, they achieved victories and once lost to Colorado - 1:7, but the Avalanche now is a team of a completely different level. Winnipeg is in tenth place in the Western Conference standings, but they are still far from the playoffs.

Washington and Winnipeg have to fight to make the playoffs, and now the opponents are in a very different form. While the Capitals have suddenly slumped, losing five of their last six meetings, the Jets are slowly finding their footing and have won four of their previous five games. The visiting team can’t win eight straight ties at the Capital One Arena, but now they have their best opportunity to end that losing streak. As a result, we bet on Winnipeg not losing at the end of regulation time.

Alexander Ovechkin is having another phenomenal season in his career. Except that when he was younger, there was no sensation in it, but now he is 36 years old and showing the same crazy effectiveness as in his best years. For 39 games, the Washington captain has already scored 54 points (26 goals + 28 assists), allowing him to lead the NHL scorers’ race and the list of snipers simultaneously. In the last two games, the Russian has not left the ice without a puck, so the best option for the forecast now seems to be a goal by Alexander Ovechkin.

Washington and Winnipeg this season have performed offensive playing. The statistics also indicate that the Capitals have scored 129 goals (6.45 average per game) in their past 20 matches, while the Jets have converted 80 shots on goal (6.67 average per game) in their past 12 games. Moreover, this season’s only head-to-head meeting has produced seven goals, so now it is worth looking at a bet on the total over 5.5.