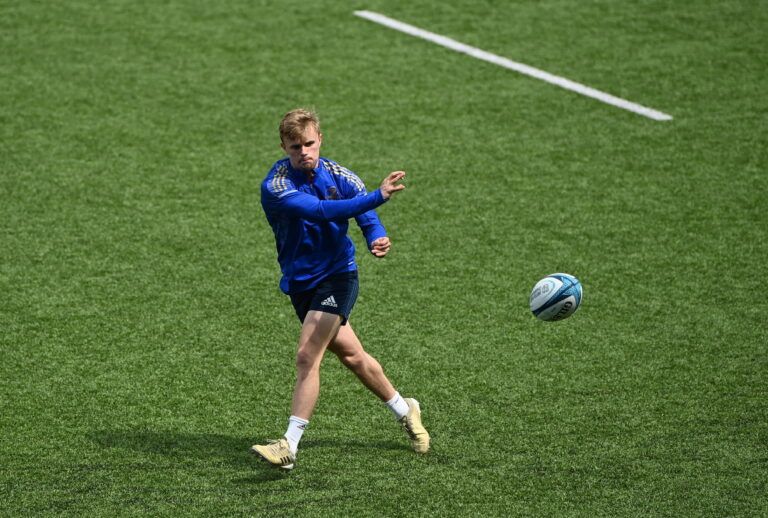 The upcoming fixture of the United Rugby Championship is the duel between the teams from the top 5 standings. It will be a must win game for Munster if they wish to keep themselves in the top 5 ranks. Leinster are leading the table standings with 12 wins, and 62 points from their 17 games played this season. On the other hand, Munster are ranked 5th with 11 wins and 56 points this season. Munster can certainly upset the hosts and end their season on a high.

Leinster - Return of Larmour and Baird

Jordan Larmour and Ryan Baird have both returned from injury and will start for head coach Leo Cullen. With Rob Russell on his right and Rory O'Loughlin on his left, Larmour is positioned at fullback. Ciarán Frawley and Jamie Osborne reunite in midfield, while Cormac Foley makes his first start at scrum-half, with Harry Byrne outside him. Ed Byrne will command the pack, which includes Seán Cronin and Thomas Clarkson in the front row. The locks are Joe McCarthy and Josh Murphy, with Baird, Scott Penny, and Max Deegan rounding out the starting XV.

Munster - Can Surprise the Hosts

Going in the game, Munster have won two important games against Ulster (17-24) and Cardiff Rugby (42-21). Against Leinster, they are likely to put in some hard work and try to win. Munster will be coming with four changes from the Champions Cup quarter-final against Toulouse. Fineen Wycherley moves to the back row after Thomas Ahern, Andrew Conway, Dan Goggin, and John Ryan all come into the side. Mike Haley begins at fullback, Conway returns from a knee injury to play on the right flank for the first time since January, and Keith Earls shifts to the left side. In midfield, Goggin and Chris Farrell start together, with Conor Murray and Joey Carbery at halfback remaining unchanged.

With Jean Kleyn and Ahern in the engine room, Josh Wycherley, Niall Scannell, and Ryan pack down in the front row.

Both teams have made a couple of prominent changes as they look to induct benched players in the last game of the season. With Leinster playing at home, they will be the absolute favorites to win. Munster will be up for the challenge, making the game interesting till the very last minute of play.