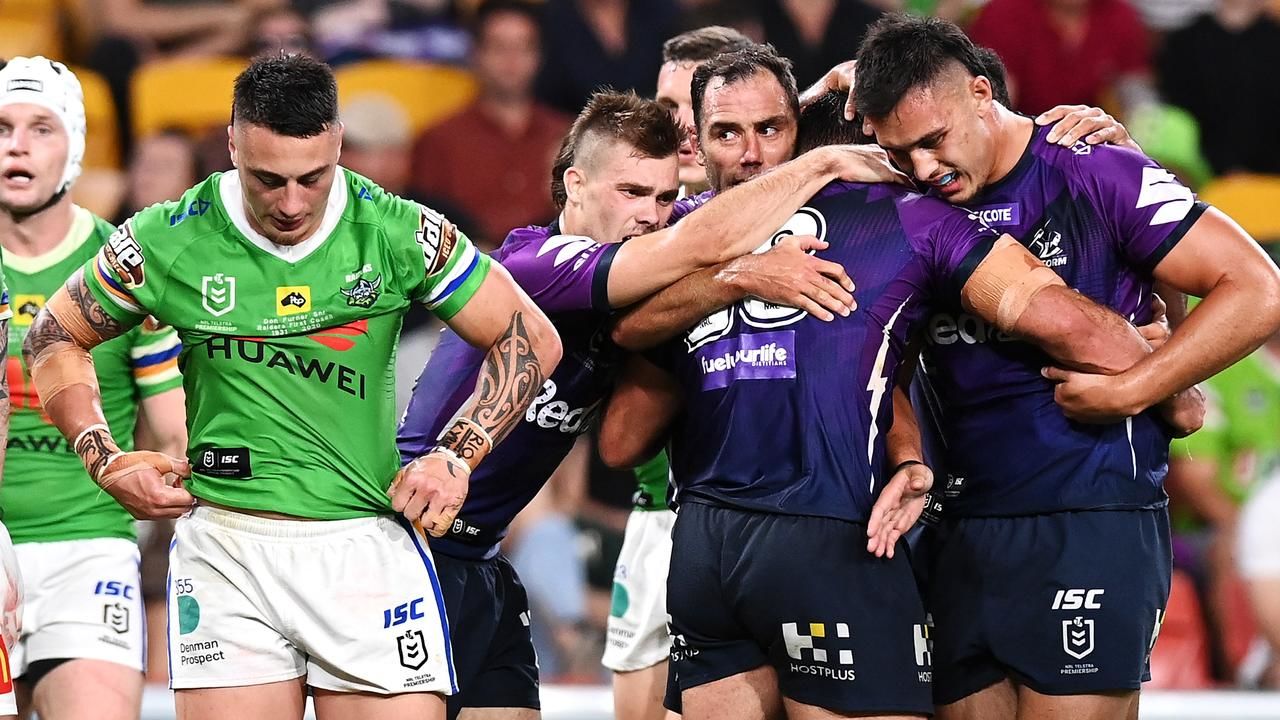 The Storm's performance in their most recent two matches, against the Sea Eagles and the Sharks, has been almost incomprehensible. They will consider it a success if they are able to go the rest of the year without coming across another beach-side suburb. After suffering a contentious defeat at the hands of the Dragons two weeks ago, the Raiders are still hovering outside of the Top 8. When these two teams competed earlier in the year, Melbourne emerged victorious with a 30-15 victory over their opponent. At AAMI Park, you have no choice but to back Melbourne Storm despite their recent string of underwhelming performances. They should be able to recover from this situation.

Melbourne - will attempt to return to winning ways

In their most recent match, which was against Cronulla, Melbourne was completely dominated, and since then, they have merely been keeping their heads above water. Some late tries against Manly covered up what was otherwise a trouncing, and their bench rotation lacks the reliability and punch that it typically has in abundance. However, this was able to be covered up because of the tries. After being found guilty of assaulting a match official, Brandon Smith will be suspended for all three of his team's upcoming matches, which is only going to make their already poor form even worse. The fact that Smith hasn't had the best season doesn't change the reality that his adaptability is a critical component of what Melbourne does, and the absence of Smith makes them a weaker unit.

The Raiders' play remains inconsistent as they strive to remain among the top eight teams, and their most recent game, a 12-10 loss to the Dragons, was especially difficult to take. However, with upcoming matches against the Warriors, Titans, Knights, and Tigers, Canberra will have the potential to exert pressure on the clubs that are currently ahead of them on the leaderboard. Will we see a team that is down and out rise to the challenge and take advantage of a weak opponent?

The game is building up to be a season-defining one for both teams, but particularly for the Melbourne Storm, who have struck a brick wall in their pursuit of a premiership, while the Canberra Raiders need need a win to keep their NRL playoffs chances alive.The last five matches that Melbourne has played against Canberra have all been victories for them, with four of those matches earning more than 36.5 points.