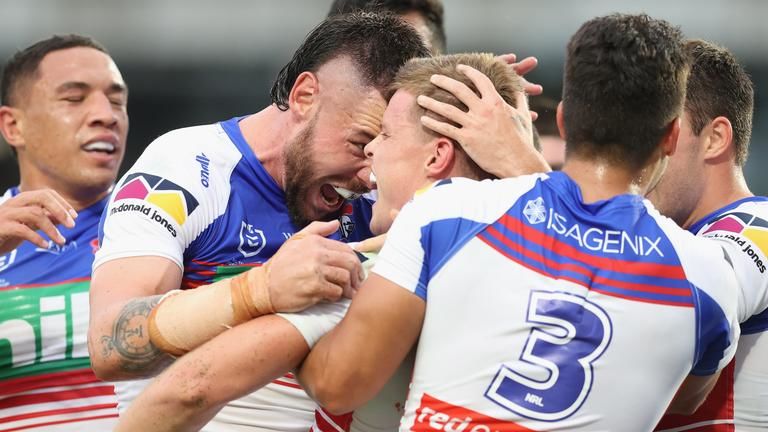 The upcoming fixture of the National Rugby League will feature New Zealand Warriors and Newcastle Knights in an interesting battle. New Zealand Warriors stand 12th in the table rankings with 4 wins and 8 points out of 11 games played so far in the competition. On the other hand, New Castle Knights are clearly struggling with team balance and consistency among their ranks.

New Zealand Warriors - Looking Out for an Easy Fixture

Going in the game, the Warriors will certainly be the favorites to win and take the game away from the visitors in seconds. On the turf of Moreton Daily Stadium, the Warriors have won three consecutive games against the Knights. Warriors have a certain edge over Knights as Warrios dominated the last 8 games. The Warriors have dropped to 12th on the table after losing three consecutive games, while the Knights have had a dreadful run of form after going 2-0 to start the season, losing eight of their past nine games and dropping into the bottom two. Aside from a 70-10 loss to the Storm and a 12-man Sharks team, the Warriors haven't had a horrible season, with their past two losses coming by two and six points against the Rabbitohs and Dragons, respectively.

Newcastle Knights - Need to Win Against the Odds

The Knights continued to struggle and were blasted out of the park at home last week, allowing the Broncos to score 36 points despite the absence of Adam Reynolds. When things get rough or they have some bad calls against them, the Knights all too frequently cave in. Adam O'Brien has a lot of work ahead of him, and he'll be hoping Anthony Milford can inject some much-needed energy into their stuttering offense.

Both teams look confident to end their struggling face by winning their upcoming fixture. From the last three games played among them, 40 or odd points are achieved; hence, we can predict that it will be somewhere around 35-40 points. Warriors are certainly the favorites to win; however, the winning margin will be around 1-5 points.