﻿Aslan Karatsev vs Jannick Sinner: Bet on the Italian 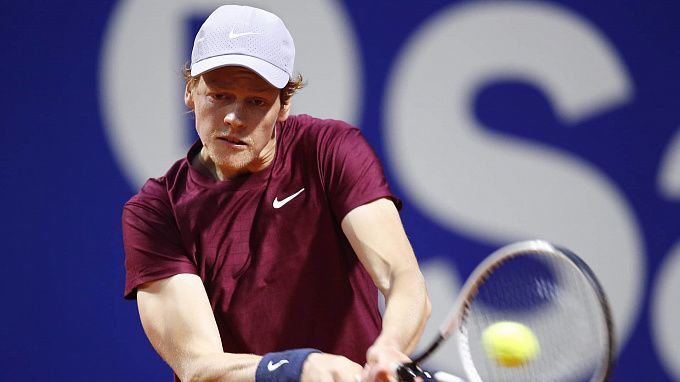 Aslan Karatsev, the 25th-ranked player in the world, will face Jannick Sinner, the world's number 17, in the 1/16 finals in Lyon. The players have already met each other in mid-March 2021 in Dubai. That time, Aslan Karatsev defeated the Italian with a 2-1 score. Now bookmakers are counting on Jannick Sinner for a rematch.

Aslan Karatsev: The usual 3rd round

After losing to Tsitsipas in the second round of Monte Carlo, Karatsev never left before the third round, although the Russian did not have such strong rivals as Sinner in the early stages. In Belgrade Karatsev reached the final, knocking out Djokovic. Aslan was eliminated in Madrid and Rome in the third round by Bublik and Opelka, and Karatsev lost both matches on nil. We'll see how it goes this time, but Karatsev has a very strong opponent who is in excellent shape.

We consider Andrei Rublev to be the strongest dirtballer in Russia. The second place goes probably to Aslan Karatsev. Jannick Sinner recently played Rublev in Barcelona and beat Andrei 2-0. Jannick Sinner played four tournaments on a clay court in 2021, including Monte Carlo, Barcelona, Madrid, and Rome. He lost four matches: to Djokovic, Tsitsipas, Popyrin and Nadal. If not for the loss to Popyrin, you could say that Sinner is going to lose exclusively to tennis players from the top-5 ATP ranking.

On the one hand, Karatsev defeated Sinner in March, but that game was on hard court, on the other hand, the match ahead is on clay ground. Karatsev is a sensational player on clay court, but Sinner is not bad either. Only Popyrin was able to defeat the Italian, not taking into account matches against top-5 tennis players. Jannick was stronger than such masters as Bautista-Agut and Rublev. We consider that bookmakers rightly consider the Italian the favorite for the upcoming game, bet on Jannick: H2 (-2.5) for 1.99, H2 (+1.5) on sets for 1.25.