Karen Khachanov vs Novak Djokovic Prediction: Another Solid Victory for the Serb 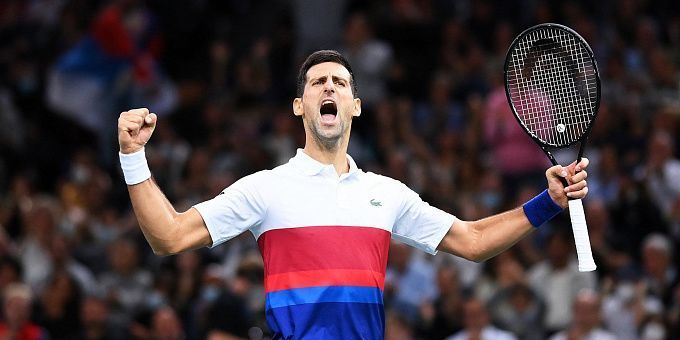 In the quarterfinals of the tournament in Astana, No. 18, Karen Khachanov will fight with the world No. 7, Novak Djokovic. They know each other very well, they have played nine times in the tour, the score of the confrontation is 8:1 in favor of the Serb. It is quite logical that the Balkan acts as a big favorite.

Karen surprised us a bit in the last 16. Not by a three-set match against Cilic, there was little doubt that it would be a long encounter. He surprised us by turning the tide in his favour after losing the first set. The result: Khachanov won 2-1 (2-6, 6-3, 6-3). Karen made five aces and three doubles, winning 67% of points on first serve and 42% on second. Khachanov's receiving was 32%/52%. Before beating Cilic, Khachanov knocked American Cressy out of the draw.

Novak continues to crush his opponents. This time Botic van de Zandschulp, No. 34 of the ATP ranking, got under the hot hand of the seventh racket of the world. The match lasted one hour and 11 minutes, 6-3, 6-1 in favor of Djokovic, but at least he did not have a round zero this time. 5/0 of aces/double faults, 80%/45% win on first serve, 41%/64% on serve. Before beating the Dutchman, Djokovic overlooked Christian Garin. Once again, he is extremely motivated now. The Serb needs rating points as can fly past the final tournament and the victory in Astana should help him greatly.

In the upcoming game Karen depends on how he can serve. If he serves well, we won't be surprised if Khachanov takes even a set, but if he serves badly, then we can expect another defeat for Djokovic. If Cilic had been more concentrated in the second game, he could have been the one to play against Djokovic. As for the Serb, we have very few complaints against him. In the match against the Dutchman, Novak played clearly not on the limit of his abilities, and still achieved a sure victory.