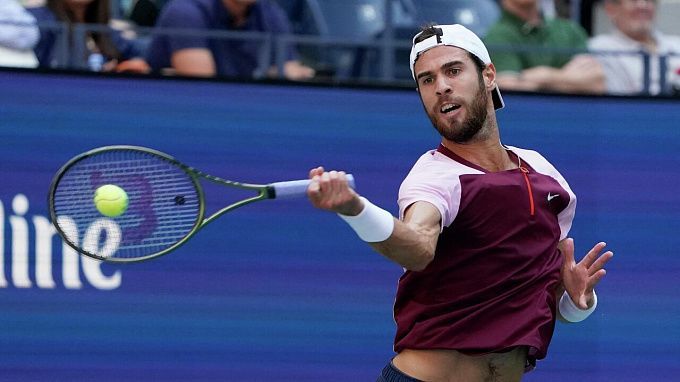 In the first round of the Astana tournament, Karen Khachanov, No.18, will fight with No.34 of the ATP ranking Maxime Cressy. Bookmakers are on the side of Karen even though the guys have not faced each other so far.

Cressy did not complete the first round match of the U.S. Open against Fucsovics, withdrawing due to injury. A month later we saw him in Tel Aviv, where Maxime beat Korda in two sets, but dropped out of the draw in the second round, losing to Lestienne in three games. The match against the Frenchman lasted two and a half hours. The guys got two tie-breaks, including in the decisive third set. During the game he made 28 (!) aces and eight double faults and won 83% on the first serve, 66% on the second serve. On the receiving end Cressy had the following statistics: 16%/50%, 54/26 of winners/unforced errors.

For Khachanov, Astana will be the first tournament since the U.S. Open, where Karen reached the semifinals, knocking out such guys as Kudla, Monteiro, Draper, Carreño-Busta and Kyrgios. We haven't seen Karen on the court in nearly a month. However, if Khachanov plays in Astana at the same level as he did in New York, Cressey will have little chance of success.

Can Karen in Astana play at the same level as in New York? Let's see. It's hard to say yet, but it is quite possible as the rest only benefited the 18th-ranked player in the world. We must note that both have a strong serve, so we will probably have a long match. It is logical to bet on the total over.