Stefanos Tsitsipas vs Luca Nardi Prediction: Another Confident Victory for the Greek 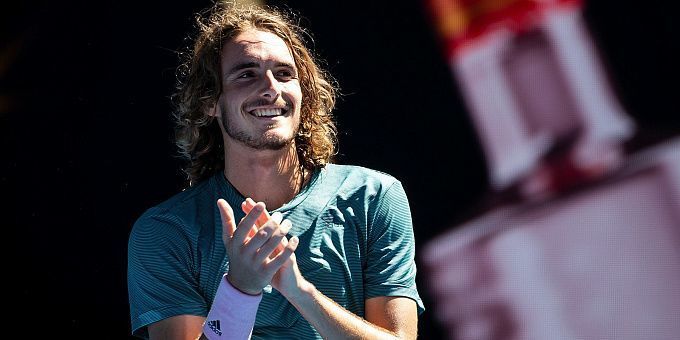 In the second round of the Astana tournament will be a duel between Stefanos Tsitsipas and the Italian, No. 152 racket, Luca Nardi. The guys have not crossed each other before, and the bookmakers are on the side of the Greek tennis player.

Stefanos in the first round of the Astana tournament, achieved a confident victory over Mikhail Kukushkin. The fight lasted one hour and 24 minutes, the Greek won 6:3, 6:4. Stefanos made five aces and one double fault, winning 82% of points on the first serve and 50% on the second. On the receiving end Stefanos had the following statistics: 29%/55%. Before the Astana tournament, Stefanos played two matches at the Laver Cup: a win over Schwartzman and a loss to Tiafoe.

Last week Nardi played two qualifying matches in Tel Aviv, losing in the final to Leshem in two sets. He qualified in Astana and in the final, he beat Goffin in a three-set bout. By the way, Goffin, as a lucky loser, replaced Rune in the main draw and knocked out world number one Alcaraz. In the first round of the tournament in Astana, Nardi beat world No. 146 Alexander Shevchenko, 7-6, 6-2. The match lasted an hour and a half. Nardi fired once and made three double faults. He won 74% of the points on his first serve and 57% on his second. On the receiving end Luca had the following statistics: 38%/57%.

Despite his loss to Tiafoe at the Laver Cup, the Greek is in great shape. He proved it by the victory over Mikhail Kukushkin. Nardi is younger than Kukushkin, but hardly more dangerous. The Italian defeated Goffin, but the Belgian is not a superstar on the indoor, even though he defeated Alcaraz. But Tsitsipas, on the contrary, is very dangerous in the halls, the Greek has five trophies in his collection from the hard-court indoors.