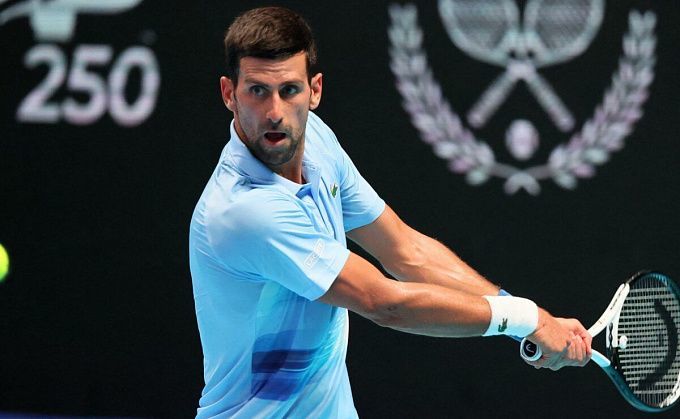 The seventh-ranked Novak Djokovic will face No. 104, Roman Safiullin, in the semifinals of the Tel Aviv tournament. They have not played each other, and the Serb is quoted as the big favorite in the upcoming meeting.

In the match with Pospisil, although we made the right conclusions about his formidable serve, there was a feeling that the former first racket who has one of the best receptions in the world, can cope with the Canadian's serve. All in all, Novak won, but the total over was still reachedю Moreover, in the first set Vasek even got to the tie-break. Djokovic made eight aces and one double fault, winning 74% of points on first serve and 70% of points on second. On the receiving end he got 16%/57%, with 19/8 of winners/unforced errors.

For Roman, this tournament was a breakthrough. He reached the semifinals of the ATP tournament, which is an achievement for No. 104. The competition in Tel Aviv was the first for Roman after his failure at the U.S. Open. He played three matches, knocking out Grenier, Etcheverry, and Rinderknech. Surprisingly, the game against the latter was short-lived - only an hour and 9 minutes. Arthur won only five games in the meeting. Roman made six aces and one double fault and won 90% of points on first serve and 69% on second. On the receiving end, he had the following statistics: 34%/62%, 26/6 of winners/unforced errors. If Safiullin is as good as he was in the quarterfinals, Djokovic will have a tough time.

Safiullin's serve is probably not weaker than Pospisil's. The main thing is whether Roman would be mentally ready to fight the living legend. If his mind is all right, we can't expect a quick match, because Safiullin is in great shape. At the same time, Djokovic is motivated, even despite the status of the tournament, because Novak is fighting for a hit to the Final Tournament, and there is not much time left.