Borna Coric vs Alexander Zverev: Will the German Keep Losing? 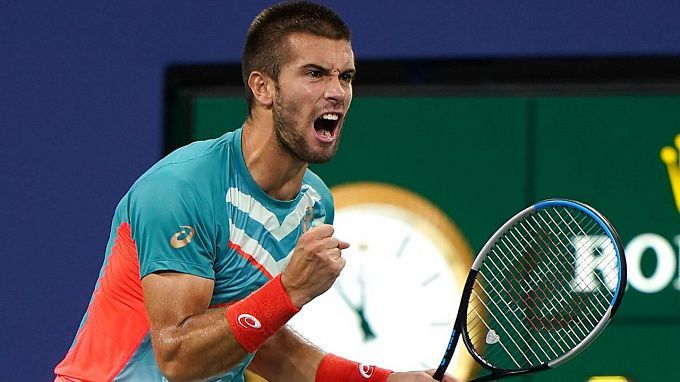 After failing at Indian Wells, Alexander Zverev flew to Miami, where he was seeded number two. Zverev is quoted as the favorite to play against the Croatian Borna Ćorić, who recently was in the ATP top-30, but now ranks only 166th.

This is Borna's third tournament in March. Before that, the Croatian participated in Rotterdam and Indian Wells. In the Netherlands, Borna started in the 1/16 finals and reached the semifinals, losing to Marton Fucsovics in two sets. Before that, Coric knocked van de Zandschulp, Lajovic and even Nishikori out - a fairly successful performance. But California was a disaster as Borna dropped out of the tournament at once, falling to #43 Davidovich Fokina. Coric took the first set on a tiebreak. The Pirenian won the second game, but the third set was a showdown again. Coric fought hard but eventually lost 5:7.

Borna played one match in Miami, beating the Spaniard

veteran Verdasco in two games 6-4, 7-5. Coric served five times with one double fault, won 67% of points on his first serve and 61% on second. The Croatian has an excellent statistics on receiving, especially on Verdasco's second serve, where Coric has a staggering 74 win percentage.

Zverev ended February in Acapulco. He played only one match against Brooksby and withdrew from a match against Gojowczyk due to injury. The German returned to the court a week later to have two matches for the national team in the Davis Cup against the Brazilians and bringing the team two points. Yet, the German failed in Indian Wells, dropping out of the California Masters after the game against Paul. Zverev lost in the first game but took the second set. It seemed that Alexander seized the initiative. However, Paul was a tough one and he took the match to a tie-break and won it 7-2. Back then, Zverev was a favorite, bookmakers gave odds of about 1.25 for the German to win.

Last year, Zverev dropped his first match at the Miami Masters in three sets to Emil Ruusuvuori. In 2022, the Germans didn't encounter success in Indian Wells, losing to Paul after the first match. Coric also failed in California, but he played well in Rotterdam. In Miami Coric already has practice. Historically, Borna has an advantage over Zverev in their head-to-head meetings. We consider the Croatian to be underestimated, so we recommend betting on a plus handicap.

We offer a risky option. Potentially, Coric has a chance to win, given the pre-match odds. However, we highly doubt Zverev will leave without a fight, not taking a single set. If the Croatian can beat the German, it will be with a score of 2:1 in games.