Carlos Alcaraz Garfia vs Alexander Zverev: the German's Third Win Over the Spaniard 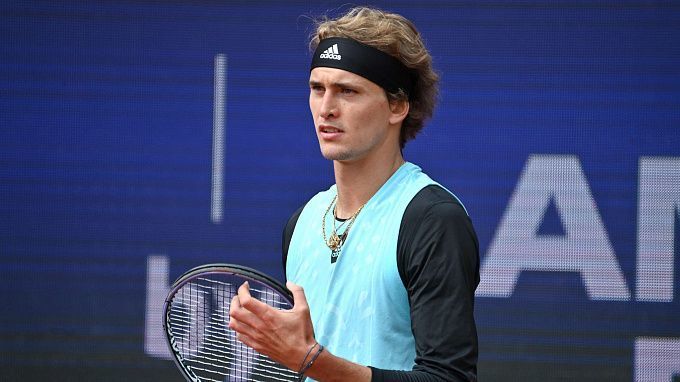 In the final of the Madrid Masters, world No. 9 Carlos Alcaraz Garfia will face world No. 3 Alexander Zverev. They played each other twice in 2021 and the German won both head-to-head meetings. Despite these statistics, bookmakers are on the side of the Spaniard, who has already beaten Nadal and Djokovic in Spain.

We didn't expect to see Alcar Garfia in the final of the Madrid Masters. In a match with two tie-breaks, Carlos still beat the best player in the world, which was not an easy walk. The match lasted 3 hours and 38 minutes and took a lot of energy out of Alcaraz. The Spaniard fired 4 times on four double faults, getting 74% of his first serve points and 51% of his second. On the receiving end, the stats were 34% and 35%, respectively. Alcaraz Garfia showed an excellent level of tennis, but it is not sure that the Spaniard has enough physics for the final.

It’s a spectacular feeling right now. I’m very excited to be able to play these kind of matches, to be able to beat Rafa yesterday, to be able to beat the No. 1 today. It was one of those matches to enjoy. Despite the tension, despite being the semifinals, being 7-6 in the third-set tiebreaker ... I’ve enjoyed it. Until the last point I was being able to smile.

The German in the semifinals surprised taking revenge on Tsitsipas for his recent defeat in Monte Carlo. The match against the Greek lasted just under two hours, consisting of three sets. Tsitsipas was the favorite but didn't have his best game. Zverev fired four times and made four doubles faults in the match. He won 83% of his points on the first serve and 56% on the second. On the receiving end, Zverev won 26% of his first-serve points and 44% of his second. Before his match against Tsitsipas, Alexander eliminated Cilic, Musetti and Auger-Allassime, losing only one set in the three games.

Carlos' last three matches were 3-sets and quite nervous, especially the match against Djokovic. Alcaraz showed a high level of tennis. The stands will be on the side of his compatriot. However, it is not sure that Carlos will have enough freshness and physics to beat the third racket of the world as well. For his part Zverev said after his match against Auger-Allassim that he demonstrated his best tennis in recent months. But Zverev was even better against Tsitsipas. Obviously, the German is on the move, he has always played quite well on the clay. Besides, let's not forget that Zverev has already beaten Carlos twice on the tour.