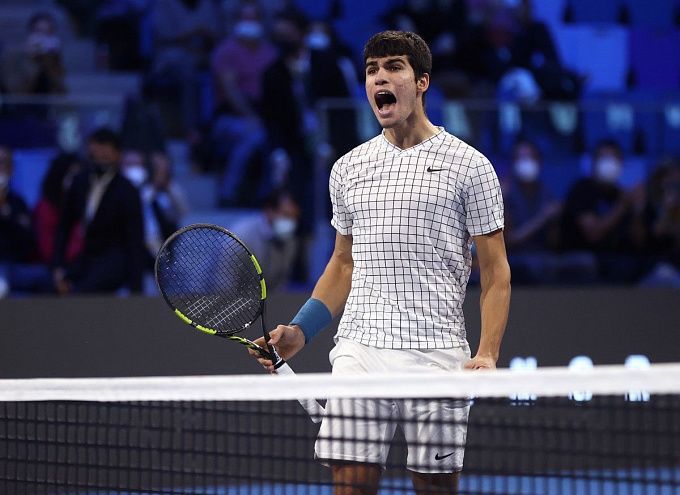 The Spaniard Carlos Alcaraz will face the Italian Giulio Zeppieri in the semifinals of the Umag tournament. The guys have not yet encountered, and Carlos is quoted as a big favorite.

Alcaraz is rushing to his goal, namely to confirm the title in Umag. In the quarterfinals, the Spaniard defeated the Argentinean Bagnis, 6-0, 6-4, in one hour and 24 minutes. It is very likely that we will see something similar in the upcoming meeting, i.e. complete domination of the top-10 player. Before Bagnis, the Spaniard knocked out the Slovak Gombos. Overall, after the grass tennis season, Carlos played seven matches on the ground, six of which he won.

Before the tournament in Umag, the Italian failed in Salzburg, Verona and Gstaad. However, Giulio became a real discovery of the Croatian tournament. The Italian qualified eliminating Simon and Ymer. In the main draw Zappieri beat Cachin, Galan Riveros and Zapata Miralles. In all, five wins in five games - a great result for the 168th-ranked player. It is worth noting, though, that Zeppieri has not had an opponent close to Alcaraz's level so far, so we doubt the Italian has a chance to take a set.

Another fast-paced match for the Spanish prodigy. Alcaraz came to Croatia to defend the title, and apparently he is about to have a tough final against Sinner, No. 10. He must stay as fresh as possible to win the tournament, which means no one will spare Zeppieri so we expect another defeat.