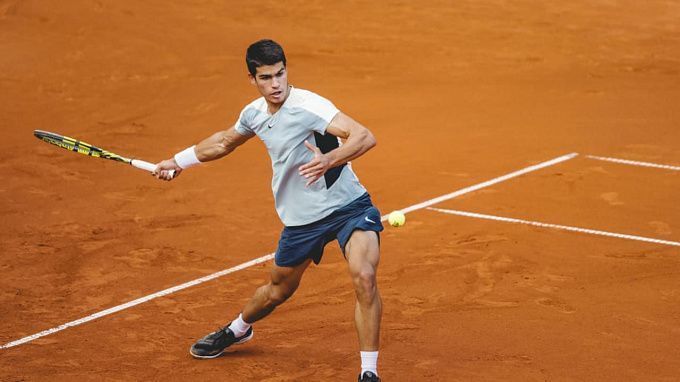 The first racket of the tournament in Croatia, Carlos Alcaraz, in the last 16, will fight Norbert Gombos from Slovakia. This will be his first meeting in Umag for the Spaniard, while Norbert has already played three matches at the tournament. Before defeating Delbonis, the Slovak played two qualifying games.

Last week we observed the Spaniard, expecting him to triumph in Hamburg, but Carlos lost in the final to Italian Musetti, the tournament's highlight. Before his match against Lorenzo, Alcaraz knocked out Kuhn, Krajinovic, Khachanov, and Molchan. All these tennis players, except Kuhn, Alcaraz beat in two sets. Overall, he is doing well with his tonus and playing practice. Recall that Alcaraz is the current winner of the tournament in Umag, so he wants to confirm the title.

For Gombos, the clay part of the season goes on. In July, he reached the Challenger final in Salzburg, losing to Monteiro, then played in the tournament's quarterfinals in Verona and Trieste. This week Gombos decided to test his strength at a higher level, and now the Slovak is in the 1/8 finals, although he started qualifying as the 117th ranked player in the world. Norbert eliminated Romboli and Italian Agamenone from qualification. In the first round of the main draw, Gombos outplayed Delbonis, No. 123. The match lasted two hours and 19 minutes in three sets. Gombos won it 6-4, 5-7, 6-4. During the game, Norbert served five times and three double faults, winning 82% of his points on the first and 58% on the second. On the receiving end, Slovak's stats were 22%/44%.

We believe that 99% of the result depends on Carlos Alcaraz in this encounter. The Spaniard, despite his young age, outclasses the opponent. If the Pyrenean shows at least 75% of his potential, we can expect a short fight and a convincing victory for Carlos in two sets. By the way, Gombos has an advantage in practice. The Slovak has played three matches in Umag, while for Alcaraz, this game will be his debut. But we must not forget that he played a full five games on the court last week in Hamburg. That means that overall, Carlos practiced well, and we can't talk about motivation, given that he came to Croatia to defend the title.