Daniel Evans vs Andrey Rublev: Betting on a Protracted Match 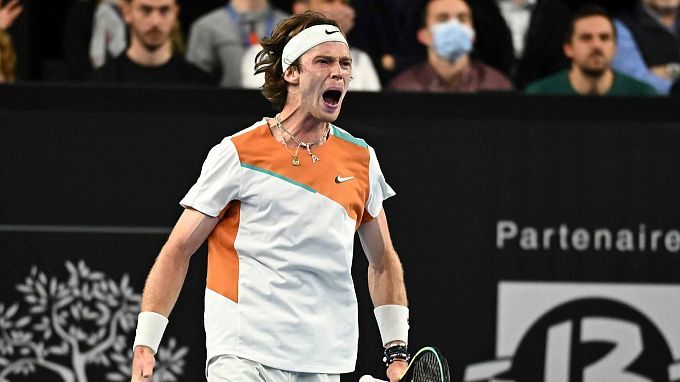 Rublev flies to Dubai as a two-time triumphant of the Marseille tournament. In addition to winning the singles event, Andrei won the doubles title with Ukraine's Molchanov. That said, Evans can hardly be called a convenient opponent for Rublev because Daniel has already beaten the Russian three times in his career.

For Evans, the tournament in Dubai will be his second after the Australian Open. A week ago, the British played two matches in Doha, who was more robust than Gerasimov and weaker than Davidovich Fokina. The game against the Pyrenean lasted almost three hours. Daniel won the first set but lost the initiative and was forced to capitulate. Evans served seven doubles faults won 71% of his first-serve points and 50% of his second. The British player is having problems with his second one. The statistics are not alarming on reception: 32% of points won on Alejandro's first serve and 48% on his second serve.

In Marseille, Rublev took not only the title but also revenge. A week before the match in Provence, Rublev lost to Auger-Aliassime in Rotterdam. Now, Andrei beat the Canadian in two sets. Rublev was very focused, which has not been typical of him lately. On the contrary, during the whole tournament in France, we could notice his lack of concentration and failed games and sets. It is a hint that Rublev is getting in shape.

On the other hand, Andrey wanted to outplay Auger-Aliassime very badly. Here's a little nuance. Last year after his triumph in Rotterdam, Rublev flew to Doha. The situation is similar to the current one in terms of geography. Rublev finished in the semifinals, but his match against Bautista-Agut was his first because Gasquet and Fucsovics, his two opponents, had withdrawn. It's a hint that Rublev isn't playing that easy after the indoors at open-air.

It is hard to say what condition Rublev will be after winning the Marseille tournament. Rublev did not win his first competition, and the event in Provence is not a top one. However, Andrey played two singles and doubles in France, i.e. schedule was rigid. Plus, the flight adaptation, while Evans has been in the Persian Gulf region for a week. Plus, the British player has three wins over Rublev. We don't believe that Daniel is afraid of the Russian. Evans is a real fighter so Rublev will have a tough start in Dubai no matter what.