Daniil Medvedev vs Aslan Karatsev Prediction: No Chance for Karatsev 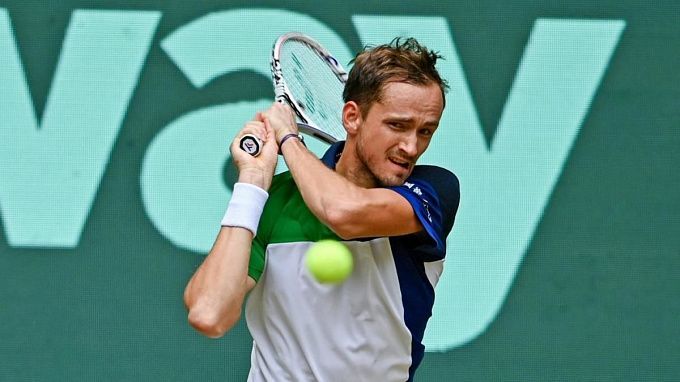 In the second round of the Mallorca Open, Daniil Medvedev and Aslan Karatsev, the world No. 1 and No. 43, will meet. Medvedev is quoted as the favorite. It is worth paying attention to the fact that Daniil has lost all three personal meetings to Aslan. In other words, we can call Aslan an uncomfortable opponent for the best player in the world.

Medvedev disappointed everyone in the second grass tournament final. If in Hertogenbosch Daniel lost to Van Rijthoven, ranked in the third hundred, in Halle Medvedev failed to beat Hubert Hurkacz, the world No. 12. Medvedev had not given a single set in Halle before the final, knocking out Goffin, Ivashka, Bautista Agut and Otte. Overall, Medvedev is in good shape, but he still suffers breakdowns. Note that he won the Mallorca tournament last year. There is no doubt that Daniil came to the islands eager to defend the title.

For Karatsev the upcoming match will be the third on grass this season. Only at the third attempt Aslan managed to win, beating Munar, a clay court specialist, in the Mallorca's first round. Before the match against the Pirenian, Aslan lost in Stuttgart to Stricker. In Halle he fell three sets to Khachanov. In all, in the last 11 games Aslan has only two wins and nine defeats. World No. 43 isnt doing well. In addition, he has had poor grass-court statistics throughout his career. It is doubtful that Aslan will compete with the best player of the world.

We don't see how Karatsev can impress Medvedev on grass. In the first round, Aslan beat Munar in only three sets, and Medvedev flew to Mallorca to defend the title, motivating himself for every match at the tournament. Also, the current statistics probably bother the world number one so he will do everything to beat Karatsev and get a full-fledged revenge for the three defeats. We're betting on a very confident win for Medvedev.