Daniil Medvedev vs David Goffin Prediction: Expecting a Confident Win of the World Number One 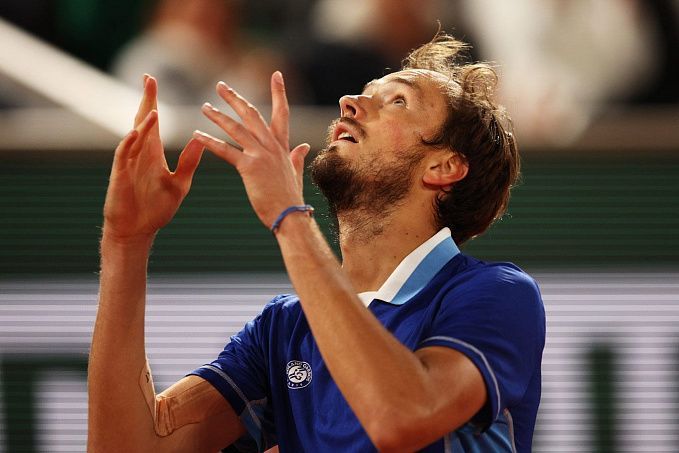 The round of 32 main event will be a duel between Daniil Medvedev and David Goffin in Halle. The men have played each other four times, we can say that they know each other quite well, but the last face-to-face meeting was in December 2019, that is, more than two and a half years ago. Since then, has been a lot of water under the bridge. Daniil managed to become the best player in the world, and David has grown old.

For Daniil the tournament in Halle will be the second on the grass this season. Before that the ATP number one had a good showing in Hertogenbosch, reaching the final. In the decisive match he lost to sensational van Rijthoven, who eventually won the tournament. Daniil was not at his best, especially in the second set. But in the previous matches Medvedev had not given a single game, beating Simon, Ivashka and Mannarino. It is worth mentioning that the latter was triumphant in Hertogenbosch Frenchman being a great grass player.

For the Belgian, Halle will be the first grass tournament of the season. David has played enough on the clay - in Marrakech, Monte Carlo, Belgrade, Madrid, Rome, and Roland Garros. In France David reached the third round, knocking out Lehecka and Tiafoe, but losing to Hurkacz in three sets. Goffin has played only once on grass in the last three years, which ended in a defeat. In 2019, though, he had 13 grass matches, winning 10.

We all know that form and practice are important. Medvedev has a clear advantage over Goffin, for whom the upcoming meeting will be the first on the grasse this season and only the second since 2019. For his part, Daniil has already played four grass matches in Hertogenbosch, where reaching the final. Also, Medvedev has a historical dominance over the Belgian, which benefits the first racket of the world, too.