Daniil Medvedev vs Matteo Berrettini: the Russian #1 to Win 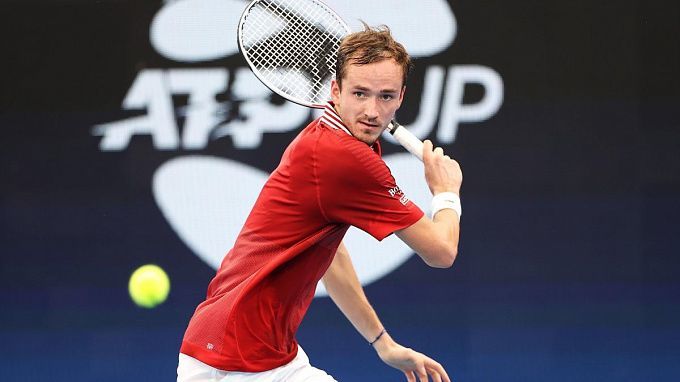 The Italian national team has to beat the Russian national team in the last round of the group stage to make it to the ATS Cup playoffs. Moreover, it is essential for the Italians to whitewash. Let’s see if Matteo can do it.

There was a stunning defeat from Humbert in the first round and a super confident victory over Australia #1, De Minaur. In which of the matches did Medvedev show his true self? It seems that in a game against the team Australia. Daniil wants to prove to the whole world and himself that he is capable of really outstanding achievements - for example, to lead his national team to victory in a team tournament without Rublev, Karatsev and Khachanov. Medvedev’s victory over Berrettini may well be enough for the Russians to make it to the playoffs. Given how easily Daniil dealt with De Minaur, we believe that Medvedev will have no problems in the upcoming game.

We fight when we play for our country, to the last point. To be honest before the match I was not feeling great but I knew I had to go out, try to win. I took some painkillers and tried to play some good tennis, I played four hours, 30 the other day, singles and doubles, that’s the only reason.

Berrettini, in some ways, retraces the same path of Medvedev in Sydney since he dropped the opening match of the tournament but was more robust in the second game. If Medvedev beat Deminaur, then Matteo lost to the Australian, but Berrettini won against Umber, while the world #2 failed in the game with the Frenchman. Berrettini, like Medvedev, is gaining form at the Sydney tournament, but do not forget that Matteo and Daniil’s matches statistics are not in favour of Berrettini.

It was a really tough match, especially in these conditions. He’s a great server, a tricky player, lefty. I had to play my best tennis in the important moments to win the match. I didn’t check the stats, but I was feeling good. I think the rhythm was really good and I think I hit a lot of aces. For sure you don’t get tired when you serve like this, so I was more ready when I had to return.

Daniil Medvedev knows that there probably won’t be the same luck one more time, and he will have to win. Otherwise, Russia will most likely be eliminated from the ATP Cup. Daniil beat Berrettini twice on hard court, in 2018 at Indian Wells Masters and a year ago in Sydney. We believe that Daniil will extend his successful streak and defeat Berrettini confidently.