Daniil Medvedev vs Oscar Otte Prediction: Waiting for Medvedev in the Second Final on Grass 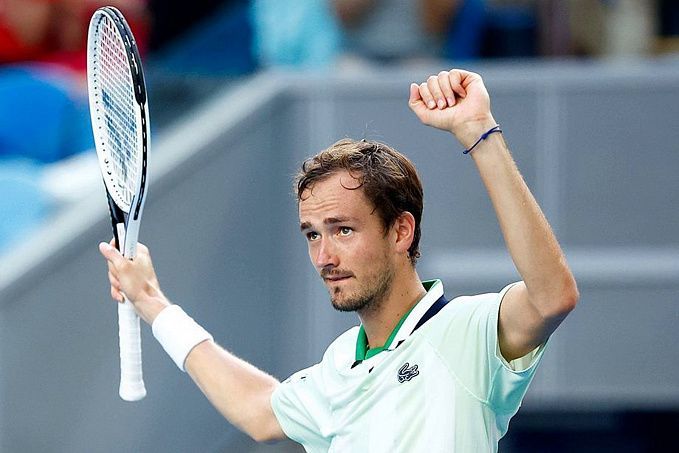 Daniil Medvedev's opponent in the Halle semifinals will be the German tennis player, world No. 51 Oscar Otte. The guys have never yet met each other, and bookmakers have almost no doubts about the victory of the first racket in the world.

Otte has not won a single ATP event in his career but has won some ITF tournaments and several Challengers on clay, hard court, and hard court indoors. Last season Otte played just five matches on grass. This season, he had six games and five wins. Before the tournament in Halle, he played in Stuttgart, reaching the semifinals and losing in two sets to Berrettini. Oscar beat Kecmanovich, Basilashvili, and Khachanov. The fight against Karen was long - more than two hours, 4-6, 7-6, 6-4. The tie-break in the second set proved the turning point, won by the German 7-5. Otte had 22 aces and ten double errors, winning 79% of his first-serve points and 55% of his second. On the receiving end, Oscar had 14% of points won on first serve and 45% on second.

A lot will depend on how Otte serves. We doubt that Oscar has a real chance to beat Medvedev. However, the German can create difficulties, especially if he serves the same way he did against Khachanov. Anyway, we are waiting for Daniil in the second grass final of this season.