Dusan Lajovic vs Casper Ruud: a Victory of the Norseman 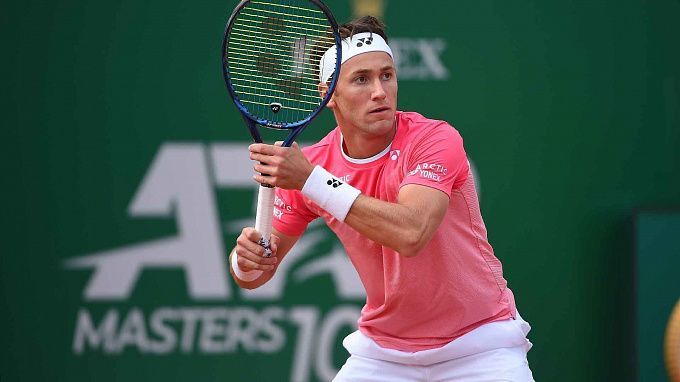 Novak Djokovic will not play in Sydney so that Dusan Lajovic will be #1 in the Serbian national team. The Serb's first opponent at the ATS Cup is one of the most promising tennis players on the planet, Norwegian Kasper Ruud, ranked the 8th world.

The last time Dusan took part in the Davis Cup. Dusan played twice - he was stronger than Melzer but weaker than Gojo. Before the Davis Cup, Lajovic participated in the Paris Masters, beat McDonald, but lost in two sets to Zverev. It is worth noting that Lajovic is the owner of the ATP Cup-2019. Dusan was Serbia's number two in that tournament. In the final against the Spaniards, Lajovic lost to Bautista Agut. The Balkans still won the trophy due to Djokovic's victory over Nadal and in the doubles match.

It was personally one of the greatest feelings playing in Brisbane and here in Sydney because Serbian community in Australia is huge in both cities, and in Australia overall. It was an amazing experience, especially because we won it. I get goose bumps just thinking about it, especially now, practising here in the arena and having all of the memories come back. I think that it was great for us to win in the first year.

Dusan Lajovic before the ATP Cup

Casper Ruud had a fantastic season in 2021. He became the eighth in the world, won five titles: four on clay court and one on hard in San Diego. The Norwegian finished the season by reaching the semifinals of the final tournament in Turin, where he lost to Daniil Medvedev in two sets and two Davis Cup victories over Sachko and Stakhovsky. Also, Lajovic and Ruud met each other twice, in 2020 in Buenos Aires and 2021 in Toronto. Both matches were won by a Scandinavian - twice in two sets.

I have three good matches to start the year, so I'm just happy to get to play some matches again. Hopefully I can bring some wins for the team. I'm not going to think too much about the pressure, but I'm coming here a better player than two years ago, so I will maybe feel some pressure.

Casper Ruud before the ATP Cup

Ruud is going forward, the Norwegian is performing well for his national team, plus he has an advantage over his future opponent in personal games. We believe that Kasper will have no problems on Saturday with achieving the necessary result. We bet on a confident victory of the eighth racket of the world over the Serbian.