Ekaterina Alexandrova vs Garbiñe Muguruza: Betting on the Russian 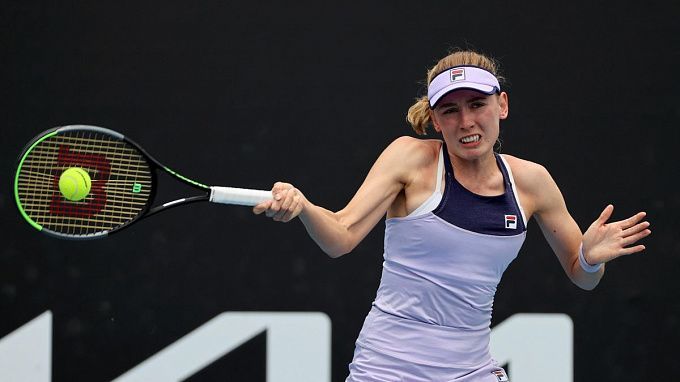 At the stage of 1/8 finals of the tournament in Sydney, Ekaterina Alexandrova already has a severe opponent - Muguruza, #5 in the world. The Spaniard is quoted as a big favourite of the pair. However, Garbiñe, unlike Ekaterina, has no playing practice in 2022.

The year 2022 began for Catherine with a loss to Fernandez in Adelaide. After a setback in Adelaide, Ekaterina moved to Sydney, where she played against Shibahara from Japan, the #589 in the world. Generally speaking, Ena Shibahara had no problems with the Russian player. Still, the match lasted an hour and a half, although it was expected that Alexandrova would deal with her faster. Obviously, the current form of Alexandrova is far from ideal, but she practised, and it's a plus.

Muguruza finished the 2021 season with a victory at the final tournament, although the Spaniard started with a loss to Plíšková. At the end of that draw, Garbiñe was stronger than Anett Kontaveit, beating the Estonian with a score of 2:0. However, almost two months have passed since then, and we still haven't seen her on the court. Garbiñe was actively preparing for the start of the season and directly to the Australian Open. Naturally, the first official match of the season is stressful, even for the top tennis players. So we wouldn't expect anything supernatural from the Spaniard in Wednesday's game.

Alexandrova has experience in defeating Muguruza. In January 2020, the tennis player beat the Spaniard in two sets in China. This fact confirms that Garbine will probably have trouble with the results at the start of the season. Ekaterina is also not doing well, but she already has game practice, including at the tournament in Sydney. We believe that Alexandrova is somewhat underestimated, and she, at least, will give battle to the top Spaniard.