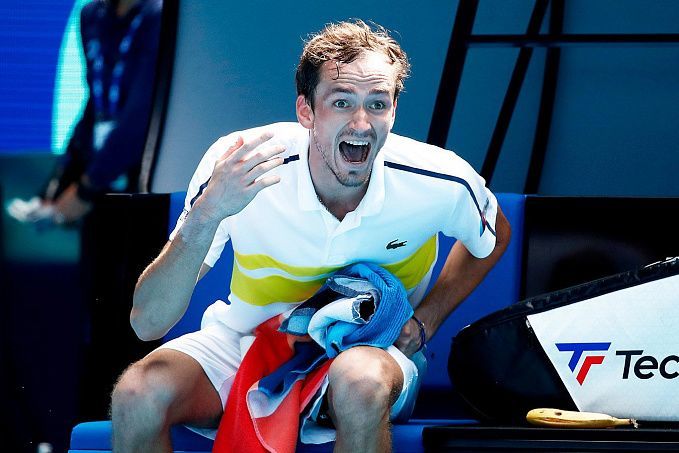 The quarterfinals of the Australian Open will end with a match between Canada's Auger-Aliassime, the ATP Cup trophy winner, and Daniil Medvedev, #2 in the world and current US Open winner. The guys played each other three times, and all three head-to-head meetings went to the Russian. Logically, Daniil is quoted as the favourite in the pair.

Felix has a five-undefeated streak, which began back in Sydney, at the ATP Cup, where Auger-Aliassime beat Bautista Agut. The Canadian lost four sets in Melbourne, the first two already in the first round against the Finn Ruusuvuori. In addition to the Finn, Felix was stronger than Davidovich Fokina, Evans and Ciliс. The Canadian had never defeated Cilic, but he outplayed the Croatian 3:1. In general, it should be noted that Auger-Aliassime played a very qualitative match at the last 16, and he deservedly made it to the list of the eight strongest tennis players.

The year 2022 began for Medvedev with a three-set loss to Humbert at the ATP Cup and continued with a seven-match winning streak. World number two was stronger in Sydney than De Minaur, Berrettini and Auger-Aliassime, his future rival. In Melbourne, Daniil beat Laaksonen, Kyrgios, van de Zandschulp and Cressy. In total, the Russians lost two sets at AO-2022: to Kyrgios and Cressy. These two matches showed that Daniil has weaknesses after all. In the case of Nick, Medvedev was pressured by the crowd, cheering for the Australian. In the case of Cressy, the American played too close to the net. However, Medvedev faces a well-known rival, which increases his chances of reaching the semifinals.

I guess Auger-Aliassime has improved after the ATP Cup, but it's unlikely that this fact seriously increases the Canadian's chances of success in the upcoming game. Medvedev beat the Canadian in Sydney very quickly, and we expect something similar from Wednesday's match.