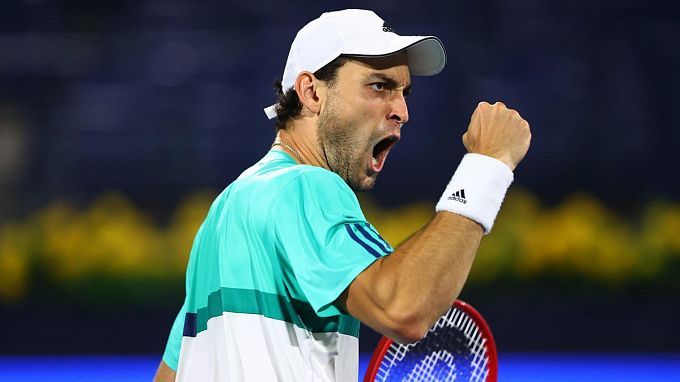 The winner of the Sydney tournament in Sydney will see the Spaniard Jaume Munar, whom we saw last week at the tournament in Adelaide. It's worth noting that the players met once, also at the majors, only in New York. The representative of Russia won that match with a score of 3:1.

In 2022 the Spaniard managed to play five matches, three of which he won with two losses in Melbourne and Adelaide. Munar did not have powerful opponents. Cilic, whom he lost to with a -4.5 game handicap, was the top one. Even though Marin played poorly against another Russian, Karen Khachanov, we doubt that the Spaniard can compete with Aslan now.

Aslan came to Melbourne after triumphing in Sydney, where #20 won the tournament. Aslan was stronger than Kecmanovic, Sonego, Evans and Murray in Sydney. That's an imposing list of names, and the most important thing is that Karatsev himself is in a perfect fit, and his morale is fine, which was proved by the three-hour fight against Evans. If not for the start of the season, we would be worried about fatigue, but it's hardly worth talking about that in the middle of January. Let's not forget that Aslan came to Melbourne to defend the points. A year ago, the Russian reached the semifinals at the year's first major.

We believe that Aslan has an excellent chance to start the majors with a confident win. With all due respect to Munar, the Russian and the Spaniard are competitors of different levels. In addition, Karatsev himself is in great form and has experience of beating Jaume.