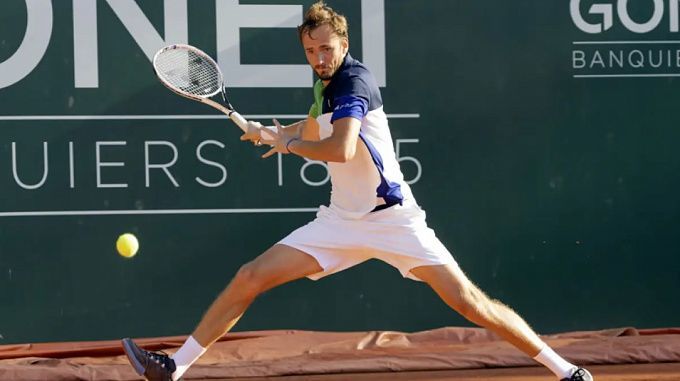 In the first round of Roland Garros, Daniil Medvedev's opponent will be world No. 98, Facundo Bagnis, a player from Argentina. The guys have not met each other before. Bookmakers consider Daniil a big favorite, which we do not fully agree with.

The Argentine has been playing on the clay since the end of March and has played a number of tournaments on the ground, but you can't call these competitions top-notch. In Pereira Bagnis won, then we could see him in Mexico City, Buenos Aires, Heilbronn and last week in Geneva. In Switzerland he qualified beating Klein and Sachko but left the tournament after his first match against Basilashvili. Bagnis withdrew from the tournament after the first game which he lost 4:6 citing an injury.

Daniil also was in Geneva, where he played just one match against Gasquet. He lost in two sets, struggling, but did not manage to clinch at least a set. In the first game, he had no chance at all. In the second game, he lost on the tie-break. It is clear that right now, Dani:l is no match for the strongest players on the court, such as Djokovic or Tsitsipas. On the other hand, Medvedev must defeat the 98th-ranked player who plays mainly on the Challenger Tour despite his bad match record. But it seemed the same before his match against Gasquet, and it turned out that way.

I don’t play my best tennis on clay courts. I know that I’m capable of making some good results, as I did in the past. But for this, I kind of need to be in the zone. I haven’t played for a month and a half, two months. I’m going to try to work both physically and tennis-wise and hopefully I can find the game I had there last year — which is not going to be easy. Clay for my body is the most dangerous surface — every time, every year I have some problems where I cannot be 100 percent. I’m not a favourite for Roland Garros but I do want to play well. If I can find my level again, I can be dangerous.

Medvedev after losing to Gasquet

We have no doubt that Medvedev will have difficulties, if not problems, in the first round of Roland Garros. Bagnis is lower in class, but the Argentine is a clay player with good practice on this surface, unlike Medvedev. Daniil after his match against Gasquet in Geneva said that he can lose to almost anyone on the clay. However, we noted that in that match he was gaining momentum. If they had played in Geneva like they did at Roland Garros until three wins, who knows how that match would have ended. In Paris Daniil has the opportunity to get practice, and possible 0:2 over the course of the meeting can still be won back. We believe that in contrast to Geneva, Medvedev in Paris will pass the first round, but the match against Bagnis will be quite protracted.