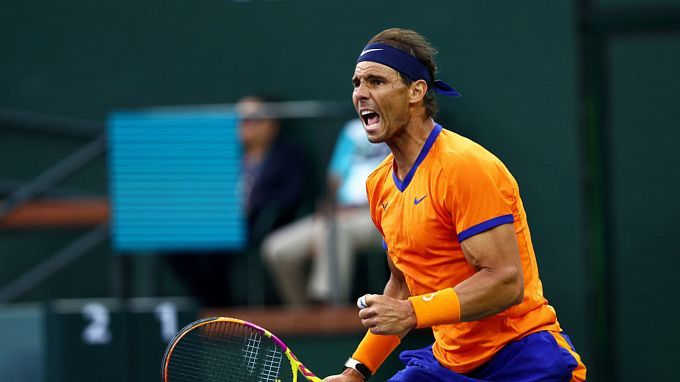 In the last 16 of the French Majors, the world No. 9 Auger-Aliassime will face the world No. 5, Rafa Nadal. The latter is naturally quoted as the favorite for the upcoming match, but is Felix really that bad in Sunday's clash? Let's look into it.

In 2022 Auger-Aliassime was quite active, playing 38 matches on different courts, winning 26 and losing 12. He had 17 clay matches: 11 victories and six defeats. The Canadian competed in Marrakech, Monte Carlo, Barcelona, Estoril, Madrid, and Rome, and he gradually got in shape. Felix has three victories in Paris, knocking out Varillas, Karabelli, and Krajinovic and failing twice in the first round. The match against the latter lasted a little over three hours - the most interesting one. We cannot say that Felix won easily despite the three-set length: two tie-breaks and 7-5 in the third game.

Nevertheless, he was quite active - 16 aces and 6 doubles, 58 winners and 33 unforced errors. But Auger-Aliassime has stronger opponent in the coming match so we expect that the Canadian will have more faults. Also, do not forget that one of his coaches is Tony Nadal, uncle of the Spaniard legend.

I know him. I've seen him play. I know what he does well. We all know. But nobody—Toni, Fred or me—has the answers.

Auger-Aliassime before the match with Nadal

The Spaniard before Roland Garros was unimpressive, to say the least. In Madrid, Alcaraz beat him. Before that, he had a difficult match against Goffin. Then, Rafa suffered a defeat in Rome by Shapovalov after an easy win over Isner. Nadal is doing well in Paris: 3-0 with Thompson, Moutet, and van de Zandschulp. The match against Botik lasted two hours and 13 minutes. Nadal fired twice on one double fault. Botik had a huge number of faults which affected his result, a 19/31 winners/unforced errors ratio. A statistic which makes it unrealistic to expect a fight with the Clay King. Nadal had a 25/13 ratio. It should be noted that Auger-Aliassime will be the first really dangerous opponent for Nadal at the current tournament.

He's one of the players in better shape on Tour, without a doubt. He’s a Top 10 player, I think he’s in a very high position on the race this year. It’s a round of 16 so you can’t expect an easy opponent there.I know it’s gonna be a tough match. At the end of the day, I need to play at my 100 percent and as close as possible to my best level if I want to keep having chances in the tournament. Excited to play that match going to be a good test for me. So let’s see. I’m focused on trying to do my work well. So let’s see what happens.

Nadal before the match with Auger-Aliassime

It is unlikely that Auger-Aliassime can beat Nadal, but Felix can definitely give a fight to the great Spaniard. The Canadian is very tenacious, much more stable than Nadal's previous opponent. Mentally the Canadian is not inferior to the Spaniard, which is very important. Plus, Auger-Aliassime's form is better. We expect a long enough match and the win for the Clay King.