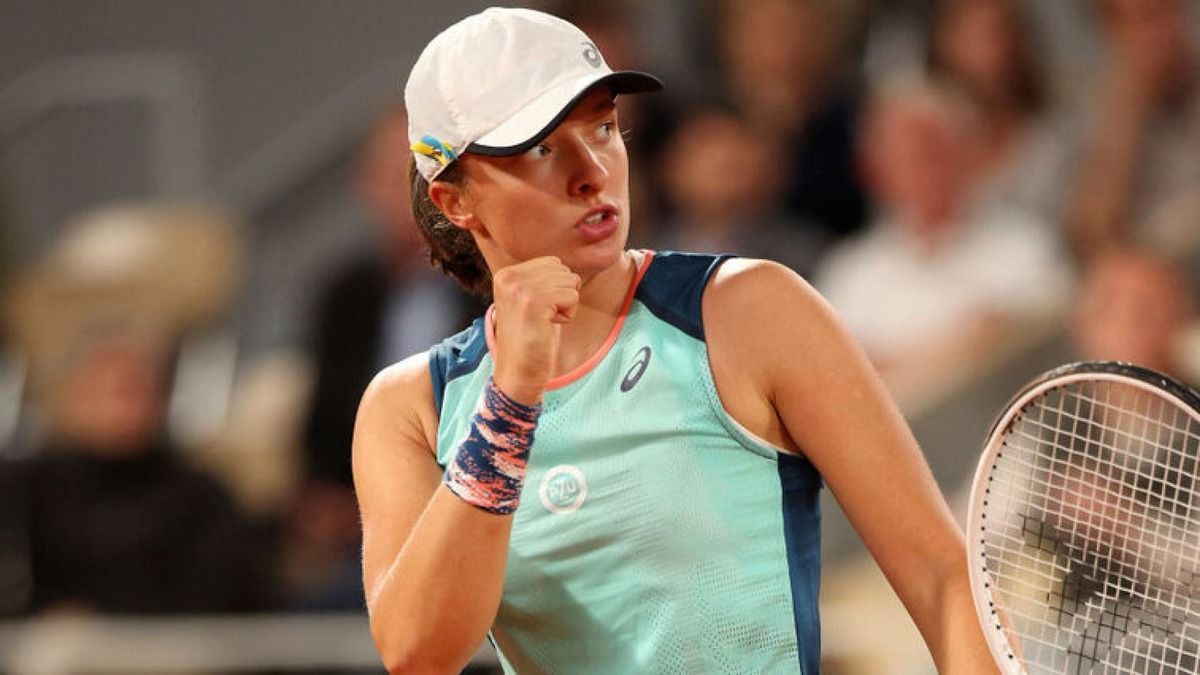 The next opponent for Iga Swiatek, the world number one at Roland Garros, is WTA No. 20 Daria Kasatkina. The girls know each other well, having already met four times on tour and three times in 2022. Iga has a big advantage in head-to-head encounters. It is not surprising that Swiatekis is quoted as a very big favorite in the pairing.

Swiatek's winning streak continues. It will be recalled that the Pole last lost on 16 February 2022 in Dubai, and since then, she has won competitions: in Doha, Indian Wells, Miami, Stuttgart, and Rome. An amazing series. Iga knocked Tsurenko, Riske, Kovinic, Zheng, and Pegula out in Paris, losing only one set to Zheng of China. In the quarterfinals, Swiatek handled Pegula with confidence, outplaying the American in two sets in an hour and a half. Swiatek served four times on the court for the game with 0 doubles, won 63% of her points on the first serve and 75% on the second, with 30:28 winners/unforced errors statistic.

I've played with Daria three times already this season, and each match is a different story. So I want to start all over again and maybe take advantage of the knowledge of her game. But I can't be too confident because I need to keep my concentration and be ready for anything. I know that Daria plays a little bit differently on clay than on hard, so I'll have to adjust to that. But the key to success is to play aggressive tennis and try to impose it on her from the very beginning.

Iga Swiatek before her match against Kasatkina

There's no time to relax now. I'm playing tomorrow. It's a new stage to overcome. It's probably even better that I don't have as much time to think about how great it is to get to the semi-finals. Mentally and physically, I feel better than ever. That means I'm improving. That said, I am not in my comfort zone. If I had that feeling, it would mean something was wrong. So I always have to be prepared for some bad situation. It has to be accepted. In such cases, you have to find a way out.

Daria Kasatkina ahead of her semi-final with Swiatek

Iga and Daria have played four times. Kasatkina won 2:1 on the grass in Eastbourne. Only Swiatek won on the hard court: at the Australian Open, in Dubai and Doha. All their hard court matches have ended 2-0 in 2022.

Kasatkina, according to her own words, plays better on clay than on hard. Swiatek also pointed out that it will probably be more difficult on Thursday than in her recent matches against Daria on blue. So expect the match not to be very short-lived, while still doubting that Daria can take at least a game. Here are the following betting options for the game: