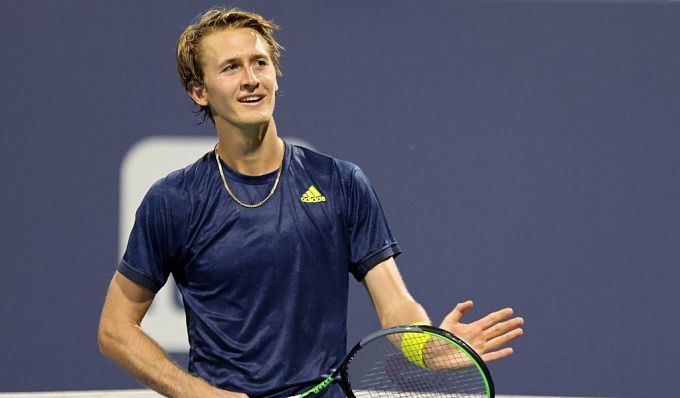 Alcaraz quickly became almost on par with Nadal and Djokovic, but we doubt that the young genius can quickly beat his rival, Sebastian Korda. Let's not forget that Korda was the last to defeat the Spaniard. It is evident that the Americans will do everything possible to repeat the success of Monte Carlo and Paris.

Before Roland Garros Sebastian fully prepared for the French Majors. He participated in the clay tournaments in Monaco, Barcelona, Estoril, Madrid and Rome. He did not achieve grand success, but defeated such opponents as van de Zandschulp, Alcaraz, Auger-Aliassime and Opelka. In addition, for Korda is a special opponent as they're about the same age so Korda's spirit will rise. In Paris, Korda is showing remarkable tennis, with two matches and two 3:0 victories over Millman and Gasquet. By the way, before Roland Garros Gasquet outplayed Medvedev at the tournament in Geneva.

Carlos is so young and so popular. The Spaniard won two tournaments before Roland Garros, in Barcelona and Madrid, beating Nadal and Djokovic. In Paris, however, the prodigy had already run into problems. In the second round Carlos fell into the meat grinder of Ramos who learned well Carlos' manner of play. The match lasted four hours and 38 minutes, they exchanged breaks, but Alcazar came out on top in the fifth set, winning 6-1, 6-7, 5-7, 7-6, 6-4. On the one hand, Carlos showed champions character. On the other hand, after such thrillers it is not easy to recover. Korda definitely has a small advantage for the upcoming game.

Alcaraz definitely won't play his best after a five-set match and has such a surge of emotion as after beating Ramos. He will lack energy, motivation, and focus in the first two sets while Korda is relatively stable on the clay. The most important is that the American is not afraid of the Spaniard, having the experience of beating him on the clay and being more motivated. Just recently Korda was seen as a top player. In the last couple of months Carlos completely eclipsed him, although he beat Alcaraz in Monte Carlo. We think we're in for a long match of at least five sets. As for the outcome, let's bet on a sensation and victory for Korda in a tough match.