Stefanos Tsitsipas vs Hubert Hurkacz: the Greek to Make Amends for Miami 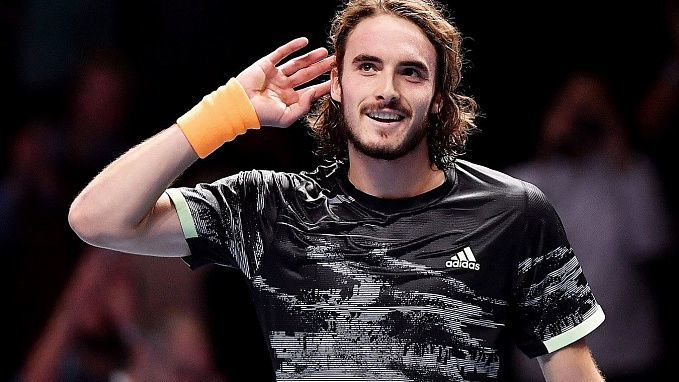 In the first round of the ATP Cup group stage, the Greek national team will compete with the Polish national team. As part of the confrontation, Stefanos Tsitsipas will meet with Hubert Hurkacz. The bookmakers picked the side of the Greek, the odds for the victory of Hurkacz is slowly decreasing.

Tsitsipas flew to Sydney after a 3-defeated streak. It began in Vienna, where the Greek failed in a match with Tiafoe. It continued in Paris and Turin at the ATP Finals. Stefanos played only one game against Rublev and withdrew because of injury. We recall that a year ago, the Greeks lost to the Australians 1:2 but won 2-1 against Spain. By the way, Tsitsipas succeeded in both matches, against de Minaur and Bautista Agut. Tsitsipas is logically considered the favourite. Also, do not forget that Hubert is quite a convenient opponent for Stefanos. The guys have met nine times on different courts, 7:2 in favour of the Greek.

I have faith in my team. I think we can sort it out in two matches and not have to go all the way to three in each tie. For each and every single one of us representing Greece on an ATP Cup level just means a lot. I know there is plenty of Greek-Australians that are going to go wild watching us play. Greece is known to excel in team events, such as football and basketball, so it's in our nature. We love playing team events, and that's where we leave the best out of ourselves on court. I think we have a team of young players that are just hungrier than anyone else. That's what makes us kind of stand out and we have so much energy starting next week.

Stefanos Tsitsipas before the ATP cup

If Tsitsipas has three defeats, then Gurkach has an unpleasant streak of 4 beatings in a row. It started in Paris, in the semifinals of the indoor tournament. The Pole lost to Djokovic on a tie-break of the third set. It resumed in Turin, where Hubert could not win a single match, losing to Medvedev, Sinner and Zverev. Last year, the Polish national team did not participate in the ATP Cup.

I mean, it's so much fun. All of us bring, I think, great energy, and we will definitely enjoy it here and, hopefully, we'll get many wins.

Hubert Hurkacz before the ATP cup

Tsitsipas conveys confidence in the success of the Greek national team on the group stage. It can be concluded that Stephanos himself feels at ease in Sydney. Again, Gurkach is a reasonably convenient opponent for Tsitsipas, but at the same time, the last personal match was won by a Pole in early April in Miami. The very fact only motivates Stefanos to win the upcoming game. We believe that the Greek tennis player will win on the first game day.