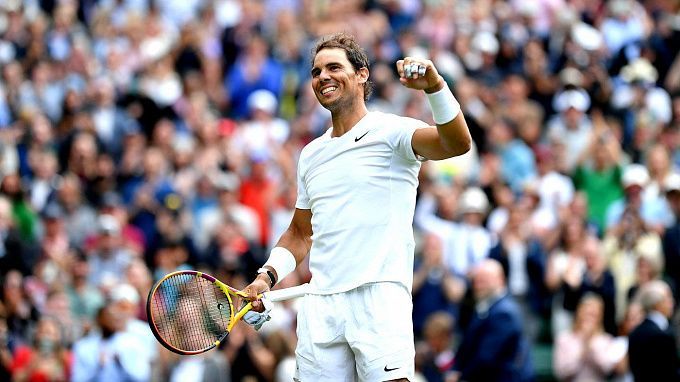 Rafa Nadal's next opponent will be the representative of the Netherlands, Botic van de Zandschulp. The men played each other recently at Roland Garros, and the Spanish Clay King won that match. So now Rafa is quoted as a big favorite of the upcoming meeting.

Before Wimbledon, Botic failed in Hertogenbosch and Mallorca, but he played well in London, reaching the semis and falling in two games to Berrettini. At Wimbledon, Botic had three matches, winning three and losing only two sets. He knocked Lopez, Ruusuvuori, and Gasquet out. His battle against the latter lasted two hours and 41 minutes. Botic made 20 aces and eight doubles and won 85% of his points on the first serve and 44% on the second. Even these statistics are enough to conclude that Botic might have troubles Monday's match due to poor second-serve serve. The Dutchman's winners /unforced errors stats are a definite plus - 67/37.

Nadal is improving with each match. He gave a set in the first two rounds to not the grass players, Cerundolo and Berankis. But in the third round Rafa without problems, defeated in three sets the tough Italian Sonego in an hour and 58 minutes. Nadal made only two aces and four double faults, winning 78% of his first serve points and 64% of his second. He had 44%/50% on the receiving end and 24-17 on the winnings — a very confident win for the second Wimbledon title challenger.

We should not forget that the Spaniard twice in his career took Wimbledon. Botiс performed well on grass in Britain, but we doubt the Dutchman will beat the world No. 4 in a single set. We're betting on a solid win for the Spaniard, similar to the recent Roland Garros'.