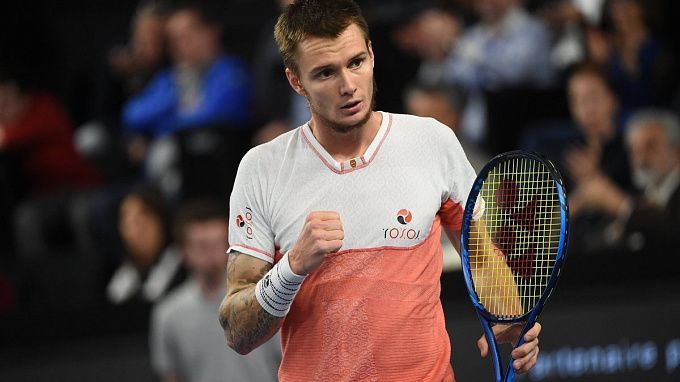 In the Wimbledon last 32, 28th Frances Tiafoe will meet with Alexander Bublik. The guys played each other ten days ago, and the Kazakhstani won in that match with great difficulty. Despite this result, bookmakers believe that the opponents have equal chances of winning the upcoming game.

After losing to Bublik in Eastbourne, Frances played a match against Alcaraz in Hurlingham, beating him 2:0. At Wimbledon, the American defeated Vavassori and Marterer, outscoring both 3-0. The game against the German lasted only an hour and 39 minutes. Tiafoe made 15 aces with zero double faults and won 90% of his points on first serve and 77% on second. On the receiving end, Tiafoe had 32%/58%, and winners/unforced errors were 33/6. With a surprising number of errors, it is evident that Tiafoe is now close to optimal form.

After beating Tiafoe, Bublik has played four matches. Two at Eastbourne, beating Millman and losing to Fritz, two at Wimbledon, winning 3-0 twice over Fucsovics and Lajovic. Bublik is also in excellent form, possibly the best of his career. The match against Lajovic lasted two hours and four minutes. Alexander took the first set on a tie-break and broke the Serb's resistance. He won the remaining two games much easier. Alexander had 17 aces and five doubles in the match and won 86% of points on the first serve and 65% on the second. Winners/unforced stats are 53/21.

The recent encounter between Tiafoe and Bublik makes it sound like a hard-fought, long matchup, so it's hard to decide who's better. Just like in Eastbourne, we think this meeting will be an over one. As for the outcome, we are on Kazakhstani's side. There is a feeling that Alexander is enjoying the game.