Novak Djokovic vs Cameron Norrie Prediction: Will Norrie Win a Set At Least? 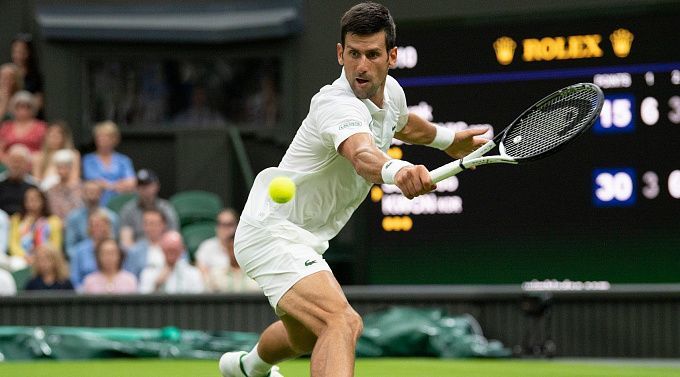 Novak Djokovic will face world No. 12 Cameron Norrie in the semifinals of the men's Wimbledon tournament. The Serb and the Briton have played only once on tour, in November last year at the World Tour Finals. Djokovic defeated Norrie in two sets, so it's not surprising that the Balkan is the big favorite.

Honestly, we thought Djokovic would have no problems with Sinner, but instead of a three-set match, we were watching five sets. Moreover, Jannik took the first two sets, but Djokovic seized the initiative. The Serb allowed him to win only seven games in the other three sets. Djokovic's serve was off throughout the match, especially in the first two sets, and his serve percentage was only 66%. The ratio of aces to double faults was 8/5, of winners and unforced errors - 41/33. Before beating Sinner, Djokovic knocked out Kwon, Kokkinakis, Kecmanovic, and van Rijthoven.

It depends on the opponent and the surface, but the better your record in fifth set, the better you feel every next fifth set you play. Of course, it's logical. Particularly if you play against young players like Sinner, who didn't have too many five-set matches in his life and was in his first quarter-final, not too many matches on the Centre Court for him in his career. All these things play a role. How big of a role, that really is dependent on both players. I don't think it plays a decisive role, even though it does look like that if you see the scoreline today. But it does definitely help knowing mentally that you have been in these particular situations, and you had success in the past.

Norrie has already played two five-set matches at this Wimbledon. He defeated Munar in the second round and then Goffin in the quarterfinals. Cameron also defeated Andujar, Johnson, and Paul in three sets. The match against David lasted three hours and 31 minutes. Norrie was losing twice, 0-1 and 1-2, but managed to come out the winner of this rather tricky situation. Norrie made five aces and four double faults, won 72% of points on the first serve and 47% on the second, winners/unforced errors ratio was 38/46. Obviously, Norrie won the match due to better concentration at crucial moments.

Not had too much time for it to sink in, but it was just a crazy day, and to do it in the way that I did in five sets, coming back from two-sets-to-one, I can't really describe it. It only gets tougher, I'm going to take it to Novak and hopefully you guys can get behind me and I'm sure you will.

Djokovic gave Sinner two sets, which was definitely not in Novak's plans. We doubt Norrie can repeat the Italian's success, but he may be good enough for one set. All the more so, Cameron will probably have the crowd on his side, which is essential. The main thing is for Norrie not to let his first serve down. Otherwise, 0-3 will be inevitable. Against Goffin, he served worse than he did against Paul and that led to a 5 set match. To resist Novak, Cameron needs to show his best. But no matter how hard Norrie tries, we don't think he has a chance for the final. Novak may not be in his best shape right now, but still, he's powerful enough.