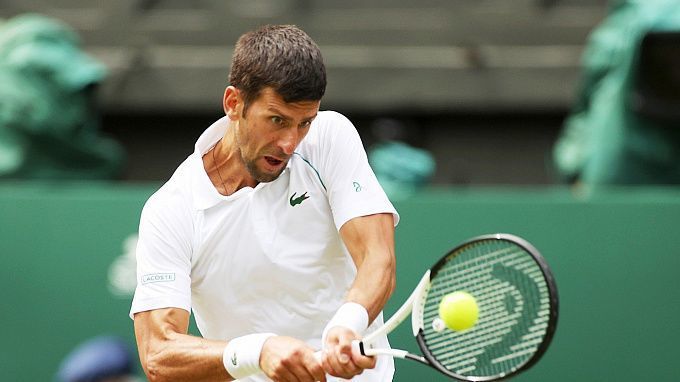 In the quarterfinals of Wimbledon the World No. 3 and the main favorite of Wimbledon, Novak Djokovic, will fight with Jannick Sinner, No. 13. Bookmakers have little doubt that Djokovic will make it to the semifinals, but the Italian can surprise so we should not underestimate him.

As expected, Novak Djokovic confidently defeated van Rijthoven in four sets. The match lasted two hours and 39 minutes. Novak made seven aces and two double faults, won 75% of points on first serve, 69% on second , 34%/66% on receptions and 29/19 of winners/unforced errors. Probably not the best match of Djokovic's career, but it's evident that he is improving, looking for a peak form in the final, which will most likely be against Nadal. Novak beat Kwon, Kokkinakis and Kecmanovic before knocking van Rijthoven out of the draw.

Before Wimbledon, Sinner played only one match on grass against Paul, losing in three sets. However, this practice was enough to prepare him for the English Majors. Jannick knocked Wawrinka, Ymer, Isner and Alcaraz out of the draw at Wimbledon, giving up only three sets. Sinner was the big underdog in the match against the Spaniard. Still, already the first set, which Jannick won 6-1, showed that he was more motivated. The Italian made 4 aces times and five double faults. He won 74%/66% on the first/second serve, 35%/43% on the receiving end, 35/41 winners/unforced errors statistic.

Novak lost a set to Van Rijthoven, but in the won games he did not let the Dutchman to take more than two games. Such a result can be called a crushing defeat. We think that Sinner has no more chances than Van Reitoven to compete with the World No. 3. We expect another confident victory for the main favorite of Wimbledon.