Novak Djokovic vs Nick Kyrgios Prediction: the Serb to Beat the Aussie in Four Sets 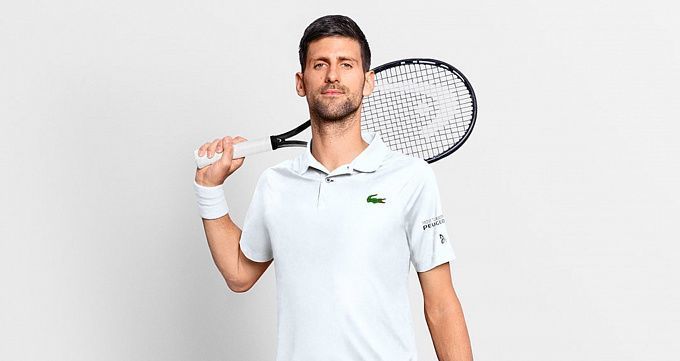 In the men's Wimbledon final, world No. 3 Novak Djokovic will play against No. 40 Nick Kirios - a somewhat unexpected combination in the decisive match. Of course, everybody wanted Novak in the final, but Nick was the real sensation of the draw, although it's not sure that the Australian would have made the finals if not for Rafa Nadal's injury.

Novak is hardly in the best shape, but no one says he struggled to reach the finals. The most complicated match was the quarterfinal meeting with Italian Jannick Sinner. Jannick was leading 2-0 in sets, but Djokovic broke Sinner's defense, winning three games in a row. Before that, Djokovic beat Kwon, Kokkinakis, Kecmanovic, and van Rijthoven. As for his semis against Norrie, it appeared that the Englishman decided to win one set, and when he won the first game, he suddenly lost his temper. Novak made 13 aces, and one double serve won 82% of his first serve points and 58% of his second with 38/28 winners/unforced errors ratio.

One thing is for sure, there's going to be a lot of fireworks emotionally from both players. It's gonna be his first Grand Slam finals, he's very excited and he does not have much to lose. He plays so freely. He has one of the biggest serves in the game. We haven’t played for a while. I’ve never won a set against him. I hope it will be different this time. It’s another final for me at Wimbledon, so hopefully the experience can work in my favour.

Djokovic before the tournament's finals

It could very well be that Rafa's appearance on the court would not stop Kyrgios from entering the final. He is indeed outstanding now. The most important win for Nick was over Tsitsipas. That one improved his confidence, which could have helped in the match against the Spaniard if it had happened. Before Stefanos, Kyrgios defeated Jubba and Krajinovic, then knocked out Nakashima and Garin.

I found out last night at dinner about Rafa's withdrawal. Honestly my first feeling was a bit of disappointment. My energy was so focused on playing him and tactically how I’m going to go out there and play, the emotions of walking out there, all that type of stuff. It wouldn’t have been easy for him to do that. I’m sure at the end of the day everyone did want to see us go to war out there. I hope he just gets better. I had a shocking sleep last night. I probably got an hour’s sleep just with everything, like the excitement. I had so much anxiety, I was already feeling so nervous, and I don’t feel nervous usually. I was just restless, so many thoughts in my head about a Wimbledon final. That’s all I was thinking about, imagining myself winning, imagining myself losing, everything. I feel like I’m just a reckless ball of energy right now. I just want to go out on the practice court now and hit some tennis balls. I want it to come already. Yeah, I want the final to come already. I know that I have to kind of just calm down.

Kyrgios before the tournament's finals

We think Novak will finally get revenge on Nick for his losses in 2017. However, we doubt that Kyrgios will just give up his final, his first Majors final. We're expecting a lengthy four-set match. Out of six games played at Wimbledon 2022, Novak only two ended 3-0, the Serb lost a set even to Kwon, so the same will happen this time because of Nick's powerful serve.

Ghazl El-Mahalla vs Al Ahly Prediction: The visitors won’t hold back at halftime