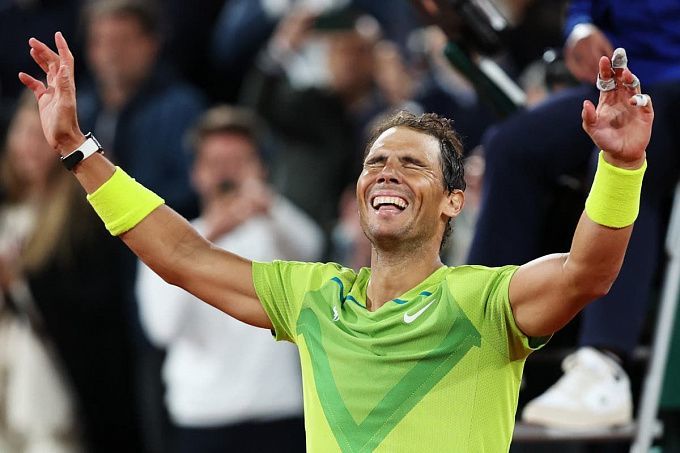 Rafa Nadal's second opponent at Wimbledon 2022 will be Lithuanian Ricardas Berankis, the world No. 106. They had already met once, not so long ago, in January 2022, in Melbourne. The Spaniard won that meeting in two sets. It is logical that Nadal in the upcoming game is quoted as a favorite.

Do you know the last time Berankis won before Wimbledon? On March 26, at the Lille hard-court tournament. Since then, he has lost to Halys, Delbonis in Geneva and Djere in Roland Garros. In the first round match against Querrey, Ricardas was a big outsider, but managed to beat the American, even in spite of 20 aces. Overall, Berankis had a quality game, serving well, but worse than receiving. As a result he earned 36/11 of winnings/unforced. Another thing is that Berankis has a duel with Nadal, who clearly outclasses Querrey.

Betting on Nadal did not go well, although after the second set it seemed that everything was going as planned. But Rafa decided to lose the third game to Cerundolo, which was not planned. The outcome was a four-set victory for Rafa over a tennis player who came to Wimbledon with two bagels from Peniston and Paul. The start is not impressive, considering that Nadal spent three hours and 36 minutes on the court. So in the next games Rafa will try to make it short, which keeps real chances for the title.

In Melbourne, Nadal reached the -5.5 handicap in two sets against Berankis. At the same time, Ricardas has never been a strong grass player, and Rafa, in his turn, won two Wimbledons. After a rather long match with Cerundolo, he probably wants to settle the third round issue quickly. We bet on a very confident victory of one of the favorites.