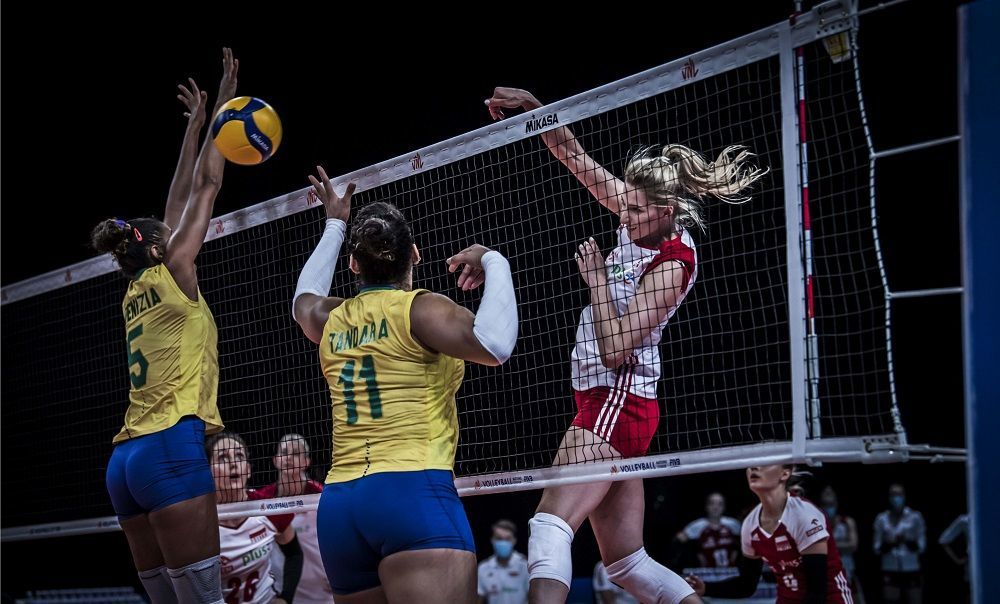 The 3-2 victory in the 2019 Nations League was the first and last success of the Polish women's national team against Brazil. A change of coach might have made a difference, but it's not certain - the Brazilians are still doing better.

Guimaraes brought an experimental squad to California. Reserves surround Macris, Carolina, and the ever-disgruntled Lorenne. Lorenne herself isn't much of a key diagonal, even though she has experience. In the opening game against Germany, the reserves suffered a lot - four games were played, three of them by just two points. However, the victory was achieved.

However, something can already be said about this unknown Brazil. All Guimaraes teams look alike, and this one is no exception. The girls are good at blocking, good in receiving, and without taking unnecessary risks while serving. As a result, there are few service faults and even fewer aces. Brasilian girls are serving not very much, but correctly, so the block works well. Germany, by the way, were beaten on the block with a score of 13:6.

The Poles beat Canada in the first round, also in four games. There is no Smarzek or Stysiak in the team, but Stefano Lavarini has a lot of experienced and skilled volleyball players. All that is left to be done is turn them into a cohesive team, which his predecessor Nawrocki failed to do for the last few years.

Against Canada, the Polish players made 13 service errors and six eases. Most likely, they will not have any six aces in the match against Brazil, but the number of errors depends largely on the number of games. Brazil's negative handicaps regarding serve errors and blocks are a must, and Poland are likely to have more aces, but not by much.

Now for the statistical totals. In the game Poland-Canada, in four sets, there were nine aces; in the game Brazil-Germany - eight. Since Brazil are a head above Canada in reception, a total of more than 8.5 aces is likely to be difficult to break even in four sets.

The history of meetings between Brazil and Poland

Last season these rivals played only three games in the fiercest of formations. Well, I told you - the Polish stars will never be a star team. Well, the statistics for that game were as follows: 13:7 in favor of Brazil in blocks, 4:1 in favor of Poland in aces and 15:10 in its "favor" in service errors.

The bookmakers have no handicaps for 12.00, so I'll choose what we have. Of course, taking into account the fact that Brazil have had a day off and does not need to acclimatize: