USA vs Serbia Prediction: Both Teams Prepare for an Important and Long Match 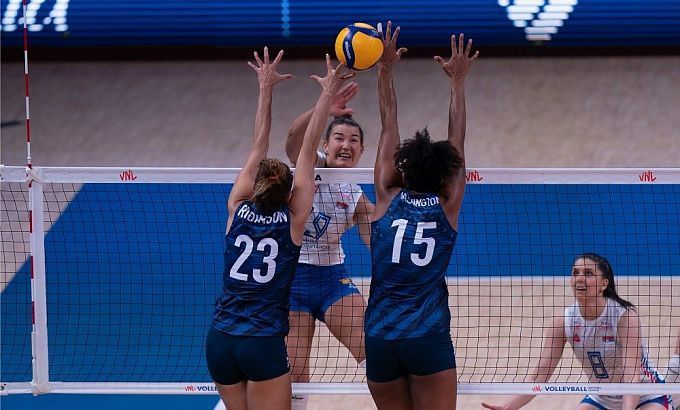 A year ago in Tokyo, Serbia, if not disgraced themself, at least embarrassed themselves. It is unacceptable to go to the semifinals of the Olympic tournament and lose with no points to the world champion. Most likely, on Saturday, the Serbs will not take revenge, but they will perform better.

The American team lost only one set in four matches and played two more games with Canada and Germany. By the way, the second lineup of the USA national team played this set with Germany, so Drews, Robinson, and Frantti are not responsible for that.

With all of their opponents, except for Germany, Kiraly's wards won from two to eight points on the block. With the Germans they sealed a draw (7:7). As to the aces, the Americans had an overwhelming advantage - 6:2, 7:2, 12:3 and 11:0. As for the serving errors all the USA teams, both women and men, are trying to serve aggressively, that is why they lose many. 50 errors in 13 games is an average of 3.85 losses per game. Some may say that it is an excessive figure, but Americans, let me remind you, are Olympic champions.

Three of their four matches Daniele Santarelli's team finished after three sets, but with the Bulgarians they had to play the whole five. All their matches except the one with frankly weak Kazakhstan, they started nervously - the totals of the first three sets were over 45,5, and two of them - over 47,5.

Perhaps the reason is that over the past two seasons Serbia has become overtly Boskovic-centric - the lion's share of points for the team comes from Tijana Boskovic, and the fourth-zone players have suddenly disappeared. Mihajloviс is still out of form and Bianka Busa was surprised with every score in the beginning of her career, and still is. The opponents see this and use all their strengths to defend against Boskovic. Sooner or later they run out of energy.

The Serbians average a little more than two and a half blocks and a half of aces per game. As for the serve errors, the national team loses it by exactly one less time per set than the American team. This is interesting.

We would take the USA minus handicap in terms of aces and serve errors. Besides, we think that against Serbia it will be even easier than without her - there are less surprises. In Tokyo, Tijana was covered so that she didn't score even 40%.