The announcement comes after the mobile carrier successfully demonstrated FDD/TDD carrier aggregation (CA) on its 4G network, with the help from Huawei and terminals chip-powered by Qualcomm Technologies.

In the FDD/TDD integrated network demo, 3 Hong Kong used Huawei’s One LTE Solution to aggregate an FDD carrier in either the 1800- MHz or 2600-MHz band with a TDD carrier in 2300-MHz band using CA technology, creating a LTE-A network with two component carriers.

3 HK already offers FDD LTE-A using its 1800-MHz and 2.6-GHz, which currently supports a downlink speed of over 200Mbps.  The operator is currently deploying a TD-LTE network scheduled for completion later this year.

Daniel Chung, chief technology officer of IT and mobile at HTHKH, said the devices that can support the two carrier FDD-TDD LTE-A standard are expected to be available in early 2016 and 3 HK is expected to launch the respective network at around the same time.

CA technology combines two or more intra-band or inter-band carriers, thereby providing wider bandwidth to deliver the higher data transmission rate required for the development of the Internet of Things.

Chung said the integration of TDD/FDD will allow the operator to combine the best characteristics of FDD and TDD technologies.

3 HK is one of the three companies which won the spectrum auction on the 2.3 GHz band to provide TDD LTE service.

The company, which paid HK$150 million for 30 MHz of spectrum, is the first operator in Hong Kong to announce plans to launch commercial FDD/TDD LTE-A service. 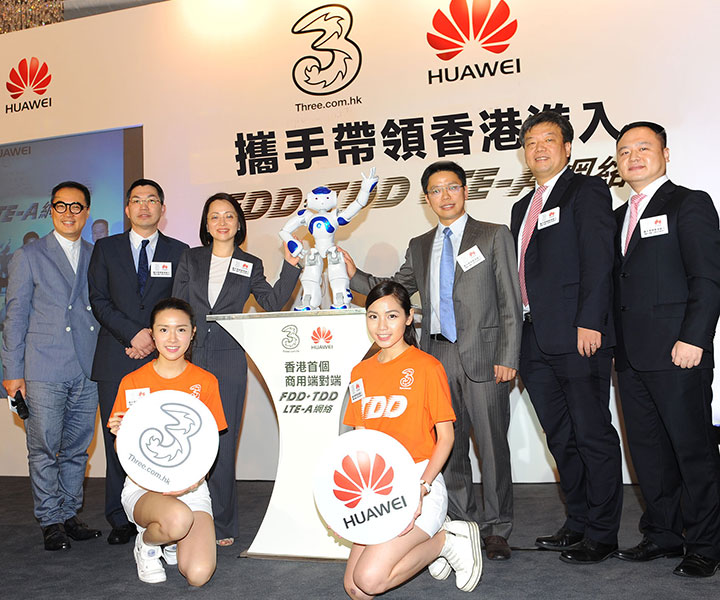